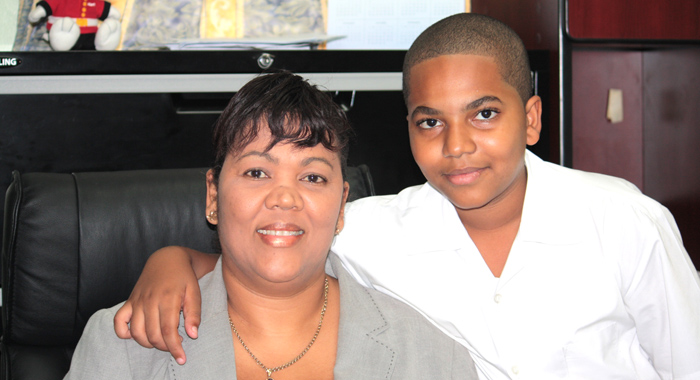 The government has defended the top performer in this year’s Common Entrance Examination (CEE) amidst accusations that education officials leaked the test to him.

Gian-Paul Baker, son of Permanent Secretary in the Ministry of Education, Nicole Bonadie-Baker, topped this year’s exam with an average of 95.16.

And, Minister of Education, Girlyn Miguel, told Parliament on Tuesday that as the results were announced last month, “some untoward remarks were made and it was very painful for us in the Ministry of Education”.

She read in Parliament the performance record of each of the top 10 performers in this year’s exam.

“There has been consistency. Mr. Speaker, it really hurt our hearts to know that people would make untoward remarks, but we have our recordings and we are going to continue to do this,” the Education Minister told Parliament as she congratulated the students, adding, “Hard work brings success.”

Meanwhile, Prime Minister Dr. Ralph Gonsalves also addressed the issue, saying, rather than celebrating Baker’s achievement, critics “started to say that she gave him the exams papers to look at before and they prepare it.

“We have to stop this kind of thing. People would not want to get involved and do things and rise. Why do we try to pull down one another like this without any reason? This is a child,” the Prime Minister said.

He said that in 2012 the accusation was made that he ordered the result changed because someone was coming first whose parents he didn’t like.

Gonsalves said these are “complete imaginings” and that he gets the results before they are published as a matter of courtesy.

“They are just given to me in a thick envelope. I don’t even look at them until after they are published. I then begin to do detailed analysis of them every single year.

“Why do people have to assume malevolence in all of these things? We must stop it. We are growing up and we are maturing as a country and some people must stop that kind of a thing,” he said, adding, “Unfortunately, there are intelligent people who would believe these sorts of things.

“It is just not right. So I want to express my solidarity with Nicole Bonadie-Baker, and, of course, to congratulate her son and to say that God is good. You have strength. God is good,” Gonsalves told Parliament.