Diplomat is not a politician; attack me, MP says 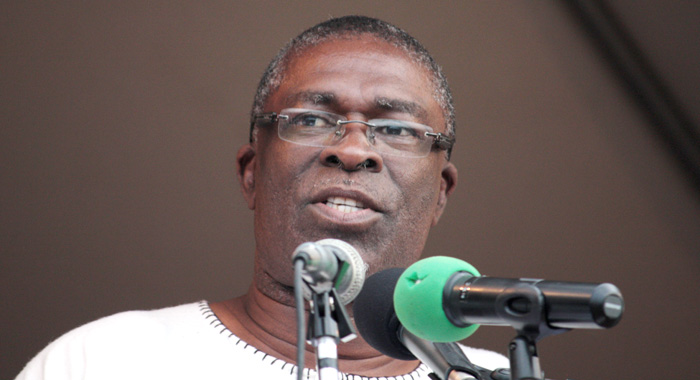 For persons critical of the appointment of Fitzgerald Huggins as this country’s Consul General in Toronto, his parliamentary representative has a response: attack me.

“Fitz is not running for politics, he is not a politician. Talk about me; talk people who are into things. Because when I reach in Parliament and I could deal with them and deal with the others on the platform and also on radio,” Clayton Burgin said on radio on Thursday.

He was speaking moments after Huggins telephoned the station and defended himself against criticism of members and supporters of the opposition New Democratic Party.

“Anytime anyone associate themselves with the ULP (Unity Labour Party), you are singing for your supper. So, I am wondering what Bert and Daniel Cummings and all those people are doing, because Daniel Cummings had said he will never run for politics in this country,” Burgin said of the former manager of the Central Water and Sewerage Authority.

But those fellas came in for vengeance, for what reasons I don’t know, because they think that they own St. Vincent and the Grenadines and the corporation where they work. Bert Francois is a fellow, the prime minister tell yo’, credit union and insurance company ‘fraid this man,” said Burgin, who is MP for East St. George and Minister of Health.

Cummings, an opposition politician, is MP for West Kingstown, while Francois is an activist for the NDP and a radio talk show host.

“I don’t know why they don’t think positive, say something positive to enlighten the people of St. Vincent and the Grenadines and stop keeping their firm supporters this backward and ignorant. That is why we have so much of problem with them in this country,” Burgin further said if the opposition

He spoke of the “education revolution” and literacy programmes being offered across the country but said opposition would not encourage their supporters participate in them.

“They [are] haranguing everyday about ULP and Ralph (Prime Minister Dr. Ralph Gonsalves) and so on,” the former teacher and junior education minister said.

“Well, I tell them, they will do that for the rest of their lives you know. The quicker they change, the better for them. They should come to the realisation as to what the people of St. Vincent and the Grenadines think about them,” he further said.

4 replies on “Diplomat is not a politician; attack me, MP says”