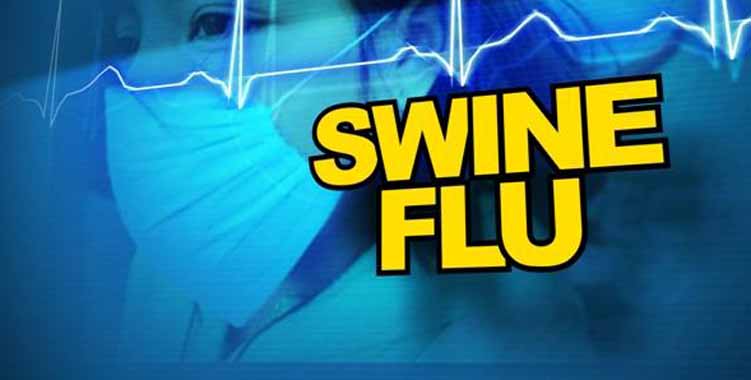 Six cases of swine flu have been confirmed in SVG. (Internet image)

Prime Minister Dr. Ralph Gonsalves has sought to assure Vincentians that there is no reason to panic as six cases of swine flu have been confirmed here.

Gonsalves, who is acting Minister of Health, in the absence of Clayton Burgin, who is overseas on official duty, briefed the media on the situation on Monday.

“I have been asked to assure everyone that matters are under control. We have the antiviral treatment in the country, 3,000 tablets and we can source additional stock from PAHO and that stock is available to us to get very quickly. Not everyone will meet the criteria of treatment but it depends on the clinical criteria of the physician in relation to this particular matter,” Gonsalves said.

He said reports from the Permanent Secretary in the Ministry of Health, Luis De Shong, show that of 51 cases of the suspected illness, only six cases have been confirmed as H1N1, commonly called swine flu.

Gonsalves said an initial 11 swabs were sent to the Caribbean Public Health Agency (CAPHA) in Trinidad on Sept 19, and the results received on Sept. 23 confirmed six chases of H1N1.

As part of a national obligation to report to the Pan-American Health Organisation (PAHO), the International Health Regulation focal point in Kingstown reported the event on Sept. 24.

“There was a routine surveillance meeting on Sept. 27 and it highlighted a need to develop and implement a national public relations strategy to raise public awareness,” Gonsalves said.

“And there is a document which they have sent to me as the acting minister, outlining what they are doing as from today so that people don’t have to panic about this matter,” Gonsalves further said.

“Over the weekend, there were only two suspected cases reported, hence as of today, as I speak to you, there were a total of 51 cases reported but only six were confirmed as H1N1. Since then, more samples have been taken and sent and we are awaiting the results.”

Gonsalves further emphasised health officials’ advise to practice proper hygiene, including covering the mouth and nose with a kerchief or napkin when sneezing, proper disposal of spent kerchiefs of napkins, and frequent washing of hands with soap and running water.

The cases of swine flu were confirmed after a number of persons in the Chateaubelair district in the north of St. Vincent presented symptoms of a flu-like illness.

The largest number of those persons was from the Troumaca Secondary School, which has a population of 245 students.

The Ministry of Education suspended classes there for a week while the ailment was being investigated.

Classes resumed last week Monday, based on the advice of the Ministry of Health.