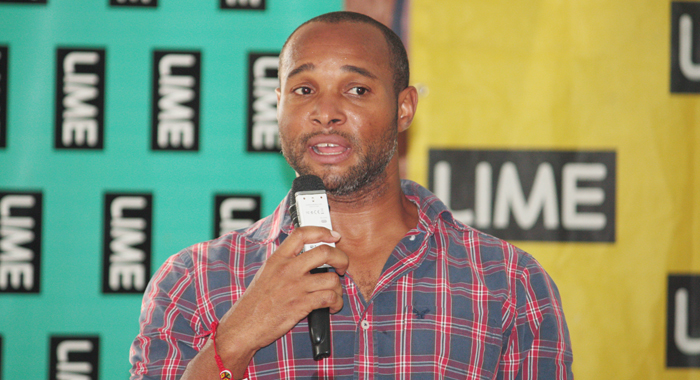 Leslie Jack, manager of telecommunications provider LIME, says he is puzzled that only a few persons have signed up for Internet under concessionary rates agreed upon by providers and the regulator.

“As far as connectivity is concerned, it is something that has puzzled me, and I am saying it publicly and I have also said it to the NTRC (National Telecommunications Regulatory Commission) and a couple other key stakeholders as well,” Jack told a LIME town hall meeting in Questelles on Saturday.

He said that both Internet providers, Karib Cable and LIME, have agreed that they would make Internet connection cheaper specifically for those persons who received laptop under the Government’s one laptop per student initiative.

He said that persons interested in the deal need only bring along the requisite paperwork to access the EC$50 per month package.

“I am very embarrassed to say how many persons have taken that up,” Jack said, even as he noted that the $50-a-month package has the same connection speed as the $90 one.

“In general, a lot of persons have been acquiring Internet service, which is fantastic, fantastic business; but as it relates to reaching out to people in the lower income areas who have those laptops, we are not seeing a lot of acquisition of that $50 service broadband that is available to these folks,” Jack said.

He further said that last year, LIME won a bid to provide 350 homes with subsidised Internet service through the NTRC.

Under the initiative, persons pay $10 a month.

“We have not had 50 persons on that programme as yet. So, [it is] a bit puzzling to me, and I am sure it is puzzling to some of the other stakeholders as well,” Jack said.

“… Perhaps I should use this opportunity to let persons know it is available if you check the NTRC,” Jack further said, noting that there is also an application process to access the deal.