Gov’t to contribute EC$5,000 to funeral of each flood victim 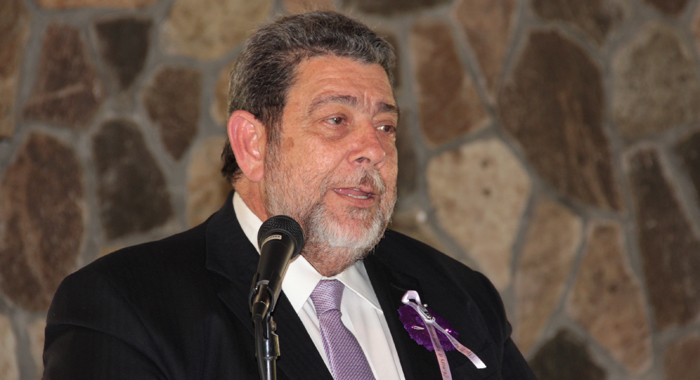 The Government will contribute EC$5,000 to the funeral of each of the nine person who died in the Christmas Eve floods.

Prime Minister Ralph Gonsalves had earlier said that his Government would pay the full cost of the funeral.

“I have given instructions to the Cabinet secretary that all persons who have died during the storm will be buried at the expense of the state,” he said on Dec. 30.

However, Gonsalves, who is also Minister of Finance, clarified the statement during a press conference on Monday.

“I am going to ask people, please, let us not have unseemly information put out in relation to peoples’ funerals and appeals to be made for a shortfall here or there,” he said, adding that there is “a system, there is a structure.

“I just want to ask for the good sense of persons who may be responsible but who at a moment act not with the degree of responsibility or feeling or caring.

“I just want to say this: I made the announcement that all funerals, the Government will take the expenses. Clearly, everybody would have understood that it has to be reasonable funeral expenses. The contribution of the Government to every funeral is EC$5,000,” he said, adding that the funeral home providing the services is also contributing EC$2,000.

“And in cases where there may be some other kinds of local expenses, that’s helped with…” Gonsalves said.

He said there are “whisperings” that he arranged for full payment of “an expensive funeral” for his cousin, Raymond Gonsalves, who is among the nine persons who died in the disaster.

“That is just so untrue. Every person, everyone, gets the same,” he said.

“Naturally, some families may wish their funerals to be more than this average number and if that is the case, that is their right, and if you want to pay a little more, you pay a little more from whatever sources there are, but we can provide reasonable funeral expenses. I just want to say that.”

Gonsalves said he was “sorry” that he had to speak on the subject.

“… certainly if I have people who die in my family, I don’t want any appeal to be made on any radio to say there is a shortfall on a funeral and if you could ask for contributions from Tom, Dick, Harry, Mary, or Elizabeth. I just don’t know, I can’t come to terms with that kind of a thing. I just can’t. That’s why I call it unseemly,” he said.

Three victims of the disaster were buried on the weekend, one will be buried on Thursday in Barrouallie and four on Saturday in Rose Bank.

Two-year-old Canadian Sharlani Headley will be taken back to Canada for burial.

Three persons remain missing and the police have called off their search for their bodies, having presumed that they are dead.

Gonsalves also said that he has been in contact with the families of all the dead and missing.

2 replies on “Gov’t to contribute EC$5,000 to funeral of each flood victim”