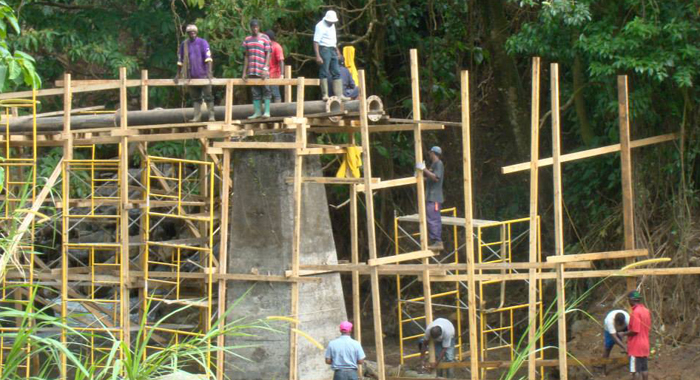 The Central Water and Sewerage Authority (CWSA) will produce a documentary on the damage done to its network by the Christmas floods, General Manager, Garth Saunders, has told I-Witness News.

Seventy-five per cent of consumers in St. Vincent were left without pipe-borne water as the CWSA suffered damage to eight of its 11 water supplied system.

Seven of the eight systems have been restored, the CWSA said on Tuesday.

“We know the public understands, but sometimes, certainly in this instance, I am not sure that the public really appreciates the scale of the disaster for CWSA. And, at sometime in the future, certainly, we would like to let them see it, in graphic term in a detailed way,” Saunders told I-Witness News in a recent interview.

“We have photographs and we have some video footage that we are collecting, but we would like, certainly for the record, to put this together, and create a documentary, because it is important for the world, for St. Vincent, residents, to understand where we are in terms of our development and the challenges we have in a country like St. Vincent — a mountainous country, where we have to face natural disasters almost annually.”

Sunders said that a large part of the CWSA budget goes toward disaster response, and replenishing its inventory.

“We have severely depleted our inventory this time around on restoring all of our systems,” he said, adding that while the state-owned company has insurance for its assets, “that’s up to a point as well”.

Saunders said that the company suffered a lot of pipeline damage, including 500 feet on the Hermitage system, which supplies Barrouallie and Belle Isle.

CWSA said on Tuesday that restorative work continues on the Hermitage System, which has been partially restored enough to supply residents of North Leeward with a supply.

This is expected to be fully restored by today, Wednesday, CWSA said.