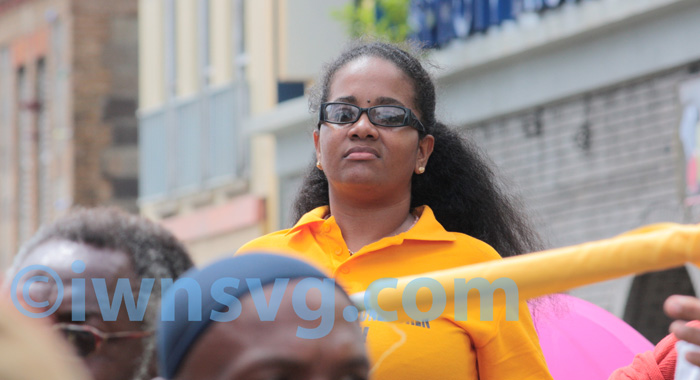 The way has been paved for opposition senator Vynnette Frederick to stand trial on nine counts of false declaration.

Magistrate Rickie Burnett, during a sitting at the Biabou Magistrate Court on Wednesday, dismissed an application by Frederick’s lawyers that the charges be struck out.

Lawyers Andrew Pilgrim and Keith Scotland argued that the nine charges were an abuse of process.

They were brought against Frederick last July, hours after the same magistrate threw out six similar charges against here.

The charges stem from the content of documents Frederick had filed as part of private criminal complaints against Prime Minister Ralph Gonsalves in the wake of the December 2010 general elections.

The lawyers said that they were an abuse of process since they were similar to the originally charges, which were thrown out.

However, the magistrate, in responding to the submissions by both the prosecution and defence, said that discharging the accused after striking out the charges on a pre-trial request to strike out evidence, did not amount to an acquittal, since there was “no final adjudication in this matter”.

The magistrate further said the legal system contains enough safeguards to ensure a fair trial for the accused.

He said that if any issues of prejudice or unfairness arise, they would be properly addressed at a trial.

Deputy Director of Public Prosecution, Colin John, represented the state in the matter.

The re-arrest of Frederick last July, hours after the original six charges against her, resulted in some public outcry, with the Opposition New Democratic Party, of which she is a member, subsequently calling out its supporters in protest in Kingstown.

Correction: An earlier version of this story quoted Magistrate Burnett as saying “no final gratification in this matter”. He has since informed us that the word used was in fact “adjudication”.