PM’s ‘war with nature’ is a fiction, says PMC head 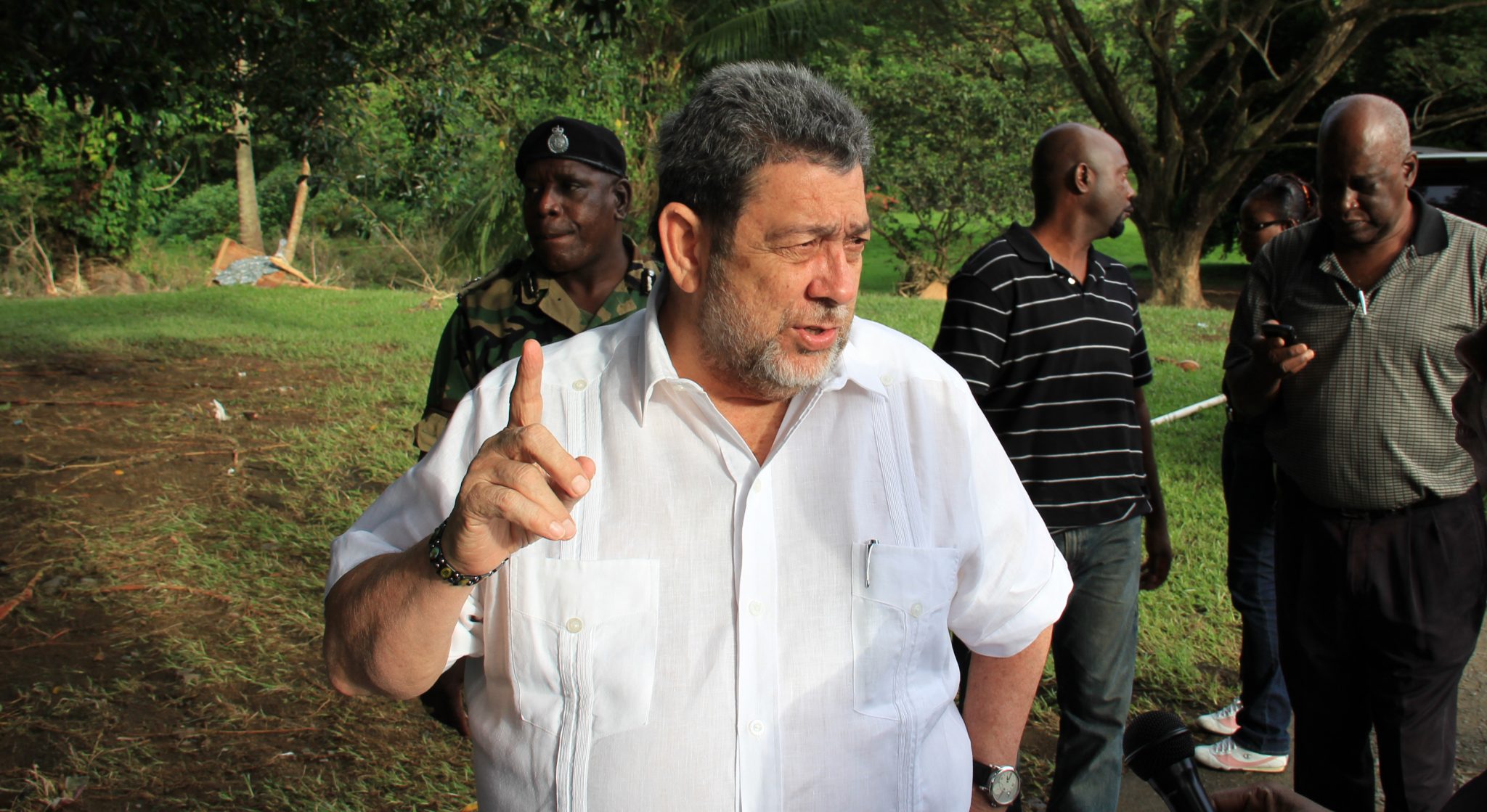 Prime Minister Ralph Gonsalves gestures as he leads government officials and the media on a tour of disaster areas on the Leeward (western) side of St. Vincent. (IWN photo)

Prime Minister Ralph Gonsalves has been criticized for his assertion that human beings and nature are warring against each other.

“His expression we are at war with nature is a fiction. We depend on nature; nature feeds, clothes, waters us,” Oscar Allen, chairman of the People’s Movement for Change (PMC) said at a press conference on Wednesday.

Gonsalves spoke of a war between nature and humans as he addressed a press conference on Monday about his government’s response after the devastating trough system on Christmas Eve, which claimed nine lives, left three persons missing and extensive damage to infrastructure and agriculture.

“The particular aberration which has happened is one which should bring us together, to recognize how we deal with and manage nature,” Allen said.

He further said that he was struck by Gonsalves’ “disposition to be the man who is handling this.

“Now, that’s his right as our Prime Minister, but, at a time when the evidence is clear that it is something beyond the normal mandate of a prime minister, it is something extraordinary, then, I think I would fault him in this extraordinary affirmation that he alone, with the contacts that he can make, can rebuild St. Vincent and the Grenadines — he and his government,” Allen further said, adding, “That’s not true.”