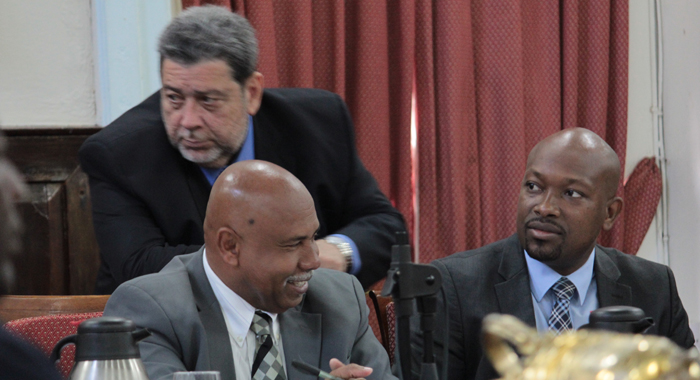 The Vincentian economy is predicted to grow 2.5 per cent in 2014, on the back of real economic growth in in 2013 preliminarily estimated at 2 per cent.

Prime Minister Ralph Gonsalves in his Budget Speech on Monday told Parliament that the projected economic performance follows real economic growth in 2011 of 0.28 per cent, and 1.52 per cent in 2012.

He said economic growth in 2013 was led by construction, agriculture and fisheries, and manufacturing, while economic activity in tourism was mixed

He said preliminary data indicate a 16.3 per cent increase in construction activity for January to September 2013, compared with the same period of 2012.

Growth in value-added in the agricultural sector resulted from higher production of root crops, vegetables, bananas, and livestock.

There was an 8.4 per cent increase in the volume of fish landings, and a 16.6 per cent rise in the value.

But the performance of the various tourism sub-sectors was mixed, Gonsalves said.

He told lawmakers that there was a 7.7 per cent increase in sea arrivals and a 4.9 per cent decline in air arrivals. There were increases in yacht visitors (0.5 per cent) and cruise visitors (12.8 per cent); and declines in same-day arrivals (-4.6 per cent), and stay-over visitors (-4.9 per cent).

“The high cost of air travel and the slow economic recovery, regionally and globally, are the major reasons attributable for the decline of air arrivals. Still, stay-over visitors account for the majority of visitors to our country,” Gonsalves said.

“I reiterate, Honourable Members, that without hard and smart work in each area of economic activity, our country will not progress as much as it should. Better and more productive attitudes to work and production are essential to wealth and job creation. These fundamentals must constitute the core of our culture,” he said.

Parliament on Tuesday approved an “interim” Budget of EC$911 million for this year.

A supplementary budget will be presented before the end of February, to take into account the loss and damage resulting from a low-level trough system on Christmas Eve.

The extreme weather triggered floods and landslides, claiming nine lives and leaving EC$330 million in damage, according to government estimates.