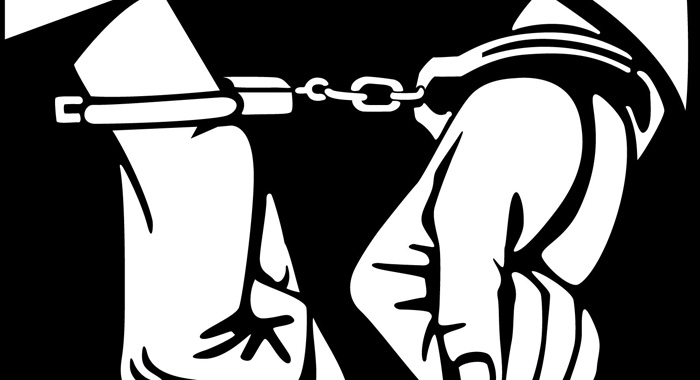 The Police Force says it is urging the public to cooperate with police officers who are executing arrest, and point to the laws of arrest and assistance of a judicial officer.

In a statement on Friday, the Police Force noted the minibus driver who was jailed last month for resisting arrest and assaulting a police officer at Arnos Vale on Jan. 24.

A video of the physical scuffle between the police officer and the minibus driver was widely circulated on social media.

A gathering could be seen and heard, with some persons cheering on, while others urged a beating of the police officer.

The Police Force further noted that several persons were prosecuted for their actions during the incident, which involved police constable, Chet Solomon, and chauffeur, Eliyet Guy.

Seven charges were laid against Guy, a resident of Calder, and he was found guilty on all the charges on Feb. 12.

Guy was also found guilty of damage to property of the Government of St. Vincent and the Grenadines and was fined EC$258 forthwith or two weeks’ imprisonment in default of the payment.

For obstruction of traffic at Arnos Vale with motor vehicle, HB158, he was fined EC$500 forthwith or two weeks’ imprisonment in default.

And for stopping elsewhere than a bus stop at Arnos Vale with motor vehicle, HB158, Guy was sentenced to three weeks’ imprisonment.

Mc Dowall, a student of Great House, pled guilty on Feb. 18 for using indecent language to Solomon on Jan. 24 at Arnos Vale.

She was fined EC$400 forthwith or one month’s imprisonment in default of the payment.

Phillip Arrindell, a teacher in training, pled guilty on Jan. 31 for using threatening language to Solomon.

He was fined EC$400; EC$200 forthwith or two weeks’ imprisonment in default.

He was ordered to pay a further EC$200 by Feb. 2 or two weeks’ imprisonment.

Ketesha Audain, a student of Largo Height, was found guilty on Feb. 18 for obstructing the police and was ordered to pay EC$400 Feb. 20 or one month’s imprisonment in default of the payment.

The charges of assaulting and obstructing Solomon in the execution of his duties against Kevin Charles, a conductor of Roseau, are still pending.

The police are advising members of the public to be guided by the Laws of St. Vincent and the Grenadines 2009, Volume Six, Chapter 172, which address the issue of arrest:

Section 22; Arrest how made

(1) In making an arrest, the police officer or other person making the arrest shall actually touch or confine the body of the person to be arrested, unless there be a submission to the custody by word or action.

(2) If such person forcibly resists the endeavour to arrest him, or endeavours to evade the arrest, such police officers or other person may use all means necessary to effect the arrest.

(3) Nothing in subsection (2) shall be deemed to justify the use of greater force than was reasonable in the particular circumstances in which it was employed or was necessary for the apprehension of the person to be arrested.

The public is also advised to be guided by section 40:

4 replies on “Police urge cooperation of public during arrests”