Who turned off the light at the end of tunnel? 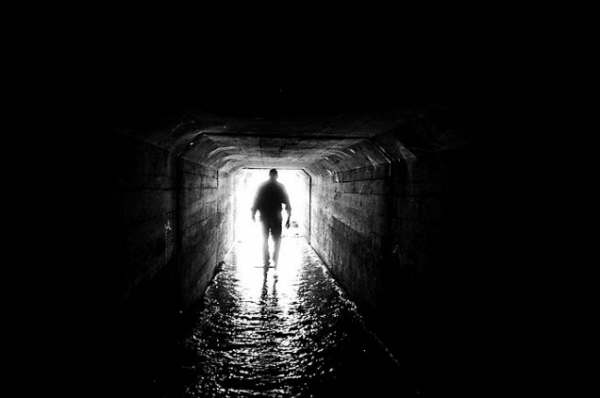 Hope is rapidly departing the minds of Vincentians. The light at the end of the tunnel was shining bright in 2001. Over the years since, it has dimmed, with the occasional vision of a renewed beam, a renewed hope. But since 2008, there has been a rapid decline in luminance, until today when some believe that the light has been switched off.

We need a new keeper of the light, a new set of keepers of the light, we need someone, a group, a political party, who can turn the lights on in the whole tunnel, not just the one at the end.

So, your life isn’t the best it has ever been. Dreams have been crushed, our hearts are broken — and many are just about ready to give up? Still, clinging to shreds of lives broken by our Marxist monsters, you must convince yourself whilst reading this article that there is still hope of getting back up again. Finding not just the light at the end of the tunnel, but switching on all the lights and blowing all the whistles. Possible as you seek it, so hang in there.

People have reprimanded me over the years for describing the ULP hierarchy as Communist, as a Marxian group. I myself are having some doubts as to whether I should continue branding them communist or Marxist.

What we know is that Marxism is an extreme form of socialism, its a description of the political and economic theories of Karl Marx (1818–83) and Friedrich Engels (1820–95), later developed to form the basis for the theory and practice of communism. Marxists do not believe in God, although they pretend to believe in God, that is part of their doctrinarian to pretend to be Christians to fool their followers and not to frighten away the Christians among their followers.

What I am now trying to come to terms with, have I applied the wrong title to our own present leaders? Are they Communist’s or are they Fascist?

What we know about Fascism is that it is also an extreme form of right-wing socialism. But unlike Marxism, Fascists are believers in God, but are still as wicked as Communists, perhaps more so. Fascists offer a right-wing socialist authoritarian and nationalistic system of government — governments that we saw in Germany under Hitler and Italy under Mussolini, even Chile, under Pinochet.

We all must believe that the sun will rise in the morning, that we will be able to turn on the tunnel lights once we rid ourselves of this extreme socialist government. Marxist, Fascist or whatever other description we may give them.

Peter Binose, self-appointed keeper of the whistle, and blowing hard.

12 replies on “Who turned off the light at the end of tunnel?”