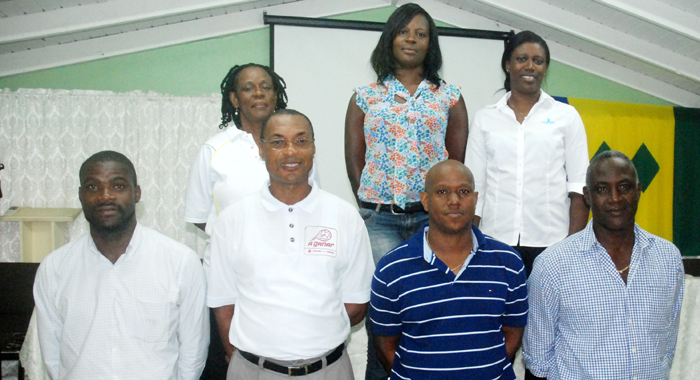 The St. Vincent and the Grenadines Basketball Federation has elected a new president, with the incumbent, Cleophas Glynn, mustering a mere two votes as John Sutton was elected to replace him.

Williams and Karrel Bramble were nominated for the post of First Vice-President, and Williams amassing 38 votes to Bramble’s four.

Sonia Lewis and Conrad Simon were voted in unopposed as Second and Third Vice-President, respectively.

Then in what seemed to be the trend, Gailene Gordon was voted in as the new General-Secretary, defeating the incumbent, Damron John, 39 votes to three.

For the post of treasurer, Rohan Providence was voted in unopposed, with Suzette Jackson gaining the Assistant General Secretary/Treasurer, post via the same route.

The new executive will appoint a public relations officer in the coming days or weeks.

The outgoing president urged the new executive to guard against the practice of backstabbing, which he said was primarily responsible for the demise of his tenure.

He told the gathering that there must be total unity as an executive body, and that executive matters should not be discussed outside of the executive.

Glynn also handed over the Federation’s chequebook, pointing out that no more transactions could be conducted by his administration.

Meanwhile, the incoming president thanked the members for their support and called on everyone to work.

He said that only through hard work and unity will basketball in St. Vincent and the Grenadines grow.

Williams cautioned members that they too must work with the executive and the new body would build on what was left by the outgoing administration.

Forty-two of the 56 affiliates were represented at the meeting.