Most chikungunya patients will recover quickly, but… 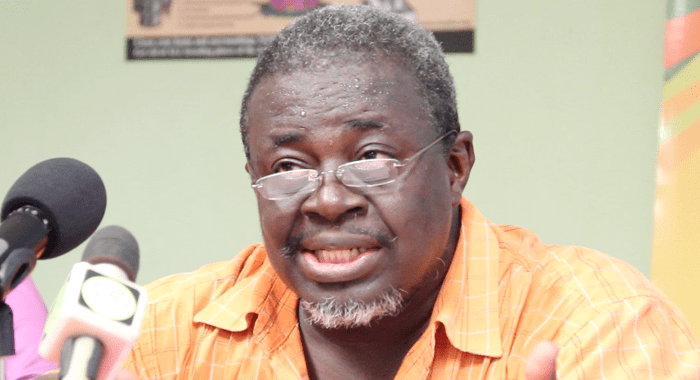 Most persons who contract the mosquito-borne chikungunya virus will recover quickly, Dr. Franklyn James, medical registrar within the Department or Primary Healthcare and the Environment said Thursday, as St. Vincent and the Grenadines (SVG) became the latest Caribbean country where the mosquito-borne disease was confirmed.

Three cases of the disease have been confirmed in SVG and samples from another 14 suspected cases will be sent to Trinidad for testing next week, health officials said at a press conference on Thursday.

Both the confirmed and suspected cases are all persons living on the nothern Grenadine island of Bequia.

“Generally, most patients are going to recover in a short period, but, as with any illness, if you have an underlying disease, chikungunya may just be the straw that breaks the camel back,” he further said at the press conference, where the Ministry of Health announced an outbreak of the virus in SVG and health officials outlined the response.

James, however, added that it is important that the disease is diagnosed and managed appropriately, especially among persons who are at risk, such as those over 40 and persons with organ disease.

“I know that in these conditions, anybody who has a fever will start thinking, ‘Do I have chikungunya or not?’ At the same time, one does not have to have all these symptoms for us to suspect chikungunya. But the joint pain is a characteristic. So, in most cases, just fever without pain, although you may be concerned, but most likely it may not be chikungunya,” James said at the press conference attended by Minister of Health Clayton Burgin, and other high-ranking health officials.

James said the disease has three phases, two of which are of important.

Two or three days after being bitten by an infective mosquito, persons can start developing symptoms, and the virus can be identified in the blood around five days after patients have received the infective bite.

Most symptoms will subside within a week, and then there is a short period of recovery, James said.

“But there is also a chronic phase where some patients may experience a relapse that may last for months,” he added.

This relapse is mostly seen in persons who are over 40 and person with certain underlying diseases, especially of a rheumatic type (painful conditions usually caused by inflammation, swelling, and pain in the joints or muscles).

“There are certain persons who may be at serious risk if they contract chikungunya,” James further noted, adding that these include new-born babies, the very old, persons with diabetes mellitus (simply/type 2 diabetes), asthma patients, and persons with sickle cell or chronic rheumatic disease, and persons with heart, kidney, or liver failure.

James said prevention is the fundamental part of management of the disease.

“So, it is important to protect both those who have the disease and those who are well from being bitten,” James further said.

He said one has to take steps to reduce the population of mosquitos, both in the adult and larval stage, and protect themselves from being bitten.

He suggested window and door nets and appropriate clothing.

“This is the tropic, where people like to wear scant clothes. But, at this point in time, it is advisable that you cover yourself properly with your long sleeves, long pants; [and] where your skin is exposed, [use] insect repellent.”

James further pointed out that there is no known vaccine for the treatment of chikungunya.

“The treatment is basically symptomatic,” he said, adding that hydration is important in the acute phase.

He said that a workshop he attended recommended non-steroid anti-inflammatory medication — such aspirin, Advil, or ibuprofen — be not used in the acute stage.

“The reason that is given is that one of the problems with chikungunya is that it decreases what is known as your platelet count — it can do that. So, to prevent bleeding, it is advised that the painkiller … that you use is Tylenol, or paracetamol,” he said, adding that they are the same drug, known by their American and British names.

In the chronic phase, patients can use other types of painkillers.

Hospitalisation not a must

James said that not everyone who contracts chikungunya has to be hospitalised.

Patients who will be managed at home include those who don’t have serious symptoms and those who have no unusual or atypical manifestations (such as serious joint swelling, serious skin lesions, which may occur in a small number of patients).

Patients who are vomiting, thereby making oral hydration impossible, will be warded at a primary or secondary health institution, James said.

“Patients with complications or serious illness will be threated in hospital,” he further added.

The health care professional further said pregnant women who are symptomatic around the time of delivery have a 50 per cent chance of transmitting the disease to their child.

He said mothers who are close to delivery should avoid being bitten by mosquitos.

“It is also suggested that the obstetricians may have to make measures to try and delay delivery, if that is possible,” James further said, adding that studies in Martinique and Guadeloupe about whether caesarean deliveries may make a difference were inconclusive.

2 replies on “Most chikungunya patients will recover quickly, but…”