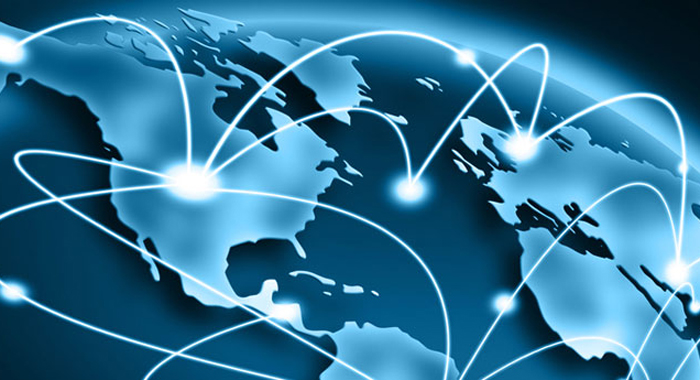 Today, the voices from below speak to the telecommunications providers in St.Vincent and the Grenadines, DIGICEL and LIME. For decades, many corporations have treated Vincentians unfairly, and the trend continues. I remember there was a time when using a cellular phone, both parties were charged (the caller and the receiver). Time has passed since, and things have improved to some extent due to competition. Business and economics tell us that competition should benefit the consumer. However, the question is, what are these providers competing for? Are they trying to find out who is the better robber? Are they trying to emulate Karib Cable? Vincentians concur that Karib Cable treats us with contempt and continue to insult our intelligence by providing a service not of a standard we expect for the price we pay.

People will always complain but there is definitely a problem when everyone complains. The issue is not the rate charged, because both providers offer attractive packages at times or so it may appear. The issue is disruptions of services without appropriate compensation. In the communities, the ‘bigger better network’ is called “dry weather network” because it seems to work best during the dry season, and at its worst during the rainy season. From personal experiences, I’ve been at the receiving end when it comes to Digicel SVG Ltd. Every time the capital letters ‘EDGE’ turn to common letters “edge” then it’s “rip-off” time. A rip-off is a bad financial transaction. Usually it refers to an incident in which a person is overcharged for something, or receives goods or services not of the standard expected for the price. A rip-off is usually distinguished from a scam in that a scam involves wrongdoing such as fraud: a rip-off may be considered excessive, but not illegal.

In this case, the service I received was not of the standard I expected for the money paid. Many times I called the customer service representatives and was told “we are experiencing technical difficulties”. I understand that there would be times when maintenance work must be carried out and upgrading is necessary, but when this happens and I am unable to communicate with business associates, friends and loved ones, I am never compensated. This is the scenario: You pay for seven days data, the system goes down for a day or two and at the end of the seventh day, your service expires as normal. You are not given a few hours over; your account is not credited with at least a day’s data as a form of compensation. From that scenario, it’s clear to see I paid for seven days but actually got five days. What is this Digicel? I call it receiving a service not of the standard I expect for the money I pay (rip-off).

As a consumer, I have the responsibility to protect myself. Hence, I switched providers but I haven’t noticed a visible change except in the rate charged. There were times when I could not be reached on my LIME account and there were times during conversations my calls ended automatically. Again, I was never compensated for the hours lost. Presently, there is much buzz about this 4G network and it has been reported that LIME has 11 4G sites up and running which span from Buccament on the Leeward side to Stubbs on the Windward side. However, the grievances continue. Several posts on the social network Facebook ask for “phone justice” from telecommunications provider LIME. In other words, Vincentians want what they pay for. We are tired of being ‘ripped-off’ by multi-million companies. I speak of my personal experiences and for the people whose voices are never heard because they are seen as being at the bottom of the social strata.

We demand better services from both Digicel and LIME! Whether we lose one hour or 10 hours of service, we want it back. We want to be compensated! Our Prime Minister wants the Caribbean to be compensated for injustices our fore parents suffered as a result of slavery over 200 years ago. However, we are not going to wait 200 years before we ask these telecommunications providers for compensation. Treat us with respect and deal with us fairly Digicel and LIME.

5 replies on “Digicel and LIME — telecoms providers or robbers?”