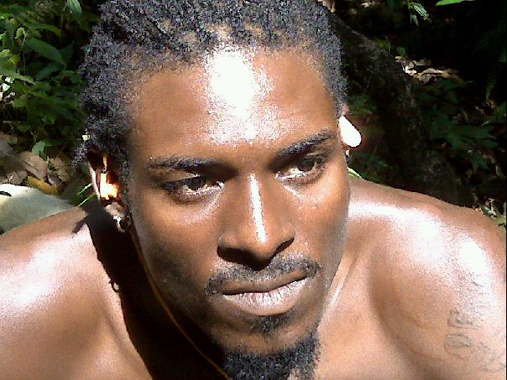 UPDATE: May 8, 2014 — The two men wanted in connection with the death of Kyle Phillips have been taken into police custody.  (Read: Wanted men now in police custody)

Mavis Phillips was watching a soap opera on TV just after 9 p.m. Tuesday, when she heard gunshots outside her home in Lowmans Leeward.

She looked through her door and saw two men running across an area just above her house.

About 20 minutes later, the news came: the gunshot she had heard had been pumped into the body of her 20-year-old son, Kyle Phillips.

After being shot, Kyle, who lives with his mother and other relatives in an area of Lowman Leeward called “Spring”, ran further down into the valley, from where another resident took him to hospital. He died less than two hours later at the Milton Cato Memorial Hospital in Kingstown.

Phillips told I-Witness News on Wednesday that her son was shot six times. Police said he sustained gunshot wounds to his stomach and left hand.

Phillips said she recognised the persons she saw fleeing the area after the shooting. She further told I-Witness News that she had informed police about the identity of the persons, but did not think it appropriate to disclose their identities to the media.

Police on Wednesday issued wanted notices for Lowman Leeward residents Jason Henry, 30, and Rodney Roberts, 24. Police say the men’s names have surfaced and are of interest in their investigation into Kyle’s death.

Police have described them as armed and dangerous and have given them until 5 p.m. today, Thursday, May 8, to report to the Criminal Investigation Department.

In November 2009, Henry and Roberts were acquitted on a triple murder charge, five months after Chauncey resident Andre Charles, the third persons to be charged with the Aug. 9, 2007 murder of Reuben Small, Ralson Omoro Bownes and Javon Antoine at Lowmans Leeward, was convicted

Phillips told I-Witness News that on May 1, her son had an argument with one of the two persons she saw running away from the area of the shooting Tuesday night.

She said the man approached her son with a knife and asked if he wanted “war”. She said that Kyle chased after the man and the police were summoned and visited the area.

The mother of five said that her son was hoping to get a job on the South Leeward Highway Rehabilitation Project, which gets underway next month. “If I tell you, God like he took away all fear from me, even now I can’t even tell you what is going on,” she said as she spoke of the numbing effect of the killing.

Meanwhile, Kyle’s eldest brother, Nigel Hamilton, who lives in Mesopotamia, said his feeling after the killing was “not nice at all.

“I talked to him Monday and I said I will see to him Saturday. And I saw him today dead,” he told I-Witness News.

Kyle is a former student of the

His death brings to 12 the number of murders in St. Vincent and the Grenadines for 2014.