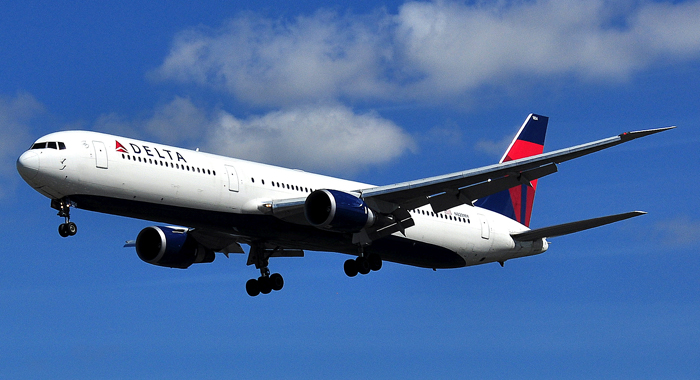 Government officials have discussed with Delta Airlines the possibility of flying to the Argyle International Airport, which is scheduled to be completed by year-end.

Prime Minister Ralph Gonsalves said he met last week with the vice-president of Delta Airlines and had “a very good discussion about Delta coming”, adding that the   discussion continued with Glen Beache, chief executive officer of the Tourism Authority.

“The discussion which I held with Delta included LIAT also, because LIAT it is important for the interconnection when an airline is coming to make the connections from here with LIAT.

“Some people can come here on Delta and leave here and go to Grenada, but you have to have the connection with LIAT — or to go to Trinidad for that matter, not just to come to St. Vincent.

“We are talking about other airlines too and as we talk about them and we will talk to them,” Gonsalves said.

He further said that Permanent Secretary in the Ministry of National Security, Godfred Pompey, St. Vincent and the Grenadines’ representative on the CARICOM transport commission, will attend in Antigua a meeting today — Thursday — held under the auspices of ALBA and Petrocaribe between LIAT and Venezuelan carrier, Conviasa.

“The subject is not only about cooperation but also to deal with the fast ferry issue, because the Venezuelans are also interested in that,” Gonsalves said.