Argyle Airport — the biggest blunder yet 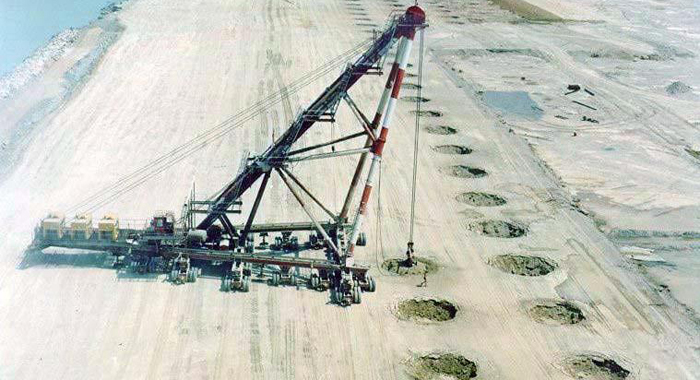 The Argyle airport company have announced they have tested the runway for compaction and have found that it is not at least one part is not correctly compacted.  They said that they tested it in their new laboratory at the airport.  I am not sure, but I would imagine that they have carried out a Proctor test.

The fill also covered several areas of swamp, and I am told by local farmers, it covered several areas which were always wet because of springs.   So some areas are filled over swamp and springs and some over solid rock. This make the engineering of the runway very suspect.   If the springs originate from high altitude water catchments’ percolating under considerable pressure, they could eventually be forced upwards and appear on the runway or any surrounding area thereof.

All the engineers at the site are aware, or should have been aware, that the correct compaction procedure was not used on the site.  They also know that compaction did not take place layer upon layer, compacted every 12 to 18 inches.

Now that it’s not been done in that way, it may well be that the equipment shown in the lead photo should be used. The correct compaction, according to FAA rules, is 100 per cent for runway, cross-runways, leader and taxi roads and the airport apron or aircraft parking area.

It’s not just the runway that required compacting, but also the every area of the site and of course in particular the runway.   You never know when an aircraft in an emergency will run off the runaway, so the ground must be compacted everywhere.   As a general practice, fills that are part of site grading not related to load bearing, are specified to be compacted to 90-92 per cent of standard Proctor maximum dry density.

I doubt very much that the proposed method of covering over the Yambou River will ever stand the required test for such a structure to withstand weights of up to 600 tonnes.

After all, that rework and compaction is completed in 2017, we must look at the sub base, that is, the layer of stone that they previously laid and had to take up.   A rethink is required of how to lay that sub base.

The stone sub base goes down on the 100 per cent compacted soil or fill. It would be far better engineering if it was stabilised, mixed dry with cement and laid dry as what is known as lean mix, then rolled tight with a heavy vibrating drum roller. Instead of all one sized stone sub base, there should be a mixture of sizes including some fines. Stabilised base sub base should be used on airport runways, taxiways, terminal apron and aircraft parking areas.

What will they do with the thousands of slings of bulk cement they currently have? When they leave the cement works they are well packed, with a moisture and watertight plastic lining or membrane.   But when I inspected them on Friday, I noticed that many of the big bags are punctured, therefore destroying the integrity of the packaging. Those damaged slings will take in moisture and the cement will begin to cure — go hard.

Lets hope they are not silly enough to cement over the apron before it receives the proper compaction treatment, Because it will all need to come up again.

5 replies on “Argyle Airport — the biggest blunder yet”