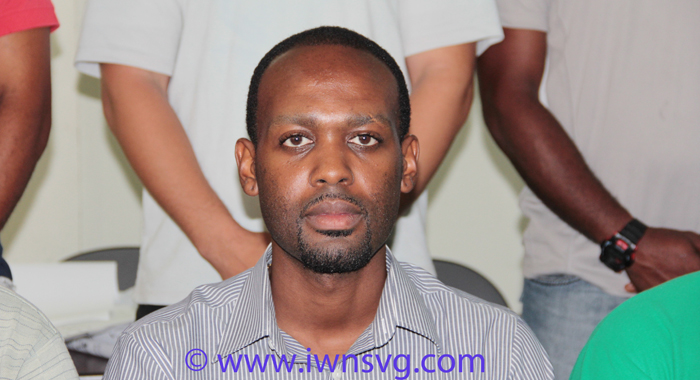 Newly-elected president of the St. Vincent and the Grenadines Cricket Association, Kishore Shallow, says he will meet with his executive this week to decide on the way forward for the sport.

Shallow was elected, unopposed, to lead the organisation on Saturday after a special meeting voted 65 ballots to 25 to end Julian Jack 9-year stint at the helm.

Shallow, who was assistant secretary on Jack’s executive – and two other of his colleagues — Denis Byam and Deighton Butler — resigned ahead of the vote on Saturday. Byam and Butler were also elected to the new executive.

“It’s a great feeling. Obviously, getting the support of the affiliates at this age, it shows a lot of confidence in the youth and I am a firm believer in the youth, in their competence and ability going forward. So, it’s a great sign, for not only cricket but St. Vincent on a whole,” Shallow, 30, told reporters shortly after his elections.

He said he plans to have a retreat this week, during which the future of Vincentian cricket, which has seen the national Under-15 team not winning a game for over three years, and placing last for over seven consecutive years.

Shallow’s admission immediately after his election to having had a discussion about the way forward, seems to give credence to the view by some Cricket Association that Shallow had planned and executed Jack’s removal and was reaping the spoils of that plan.

He dismissed this as “pure speculation”, adding, “I mean there is absolutely no truth to it.”

Shallow, however, said that he supported the petition, which ws brought by Marvin Harry, captain of Smashers cricket team.

“I think it is a timely intervention in terms of the change of St. Vincent cricket. And in terms of my involvement, it was pretty much just to support the petition, like the other 40 affiliates who signed to the document.”

Shallow also denied canvassing ahead of the vote, contrary to what a source, which indicated that Shallow had expected Jack to lose 60 votes to 30, told I-Witness News.

“Well, no; persons came and asked me if I was interested in the presidency and, of course, I told them yes, and, of course again, it’s not only about a president, because a president without a competent executive and willing to work, can’t achieve anything.

“So, it is about selecting the right team as well, and once the other guys who I believe in expressed their confidence, I said sure I am up for the challenge.”

Asked why, in light of the composition of the new executive he thinks his tenure will be different, Shallow said “It is a new leadership.”

He commended Jack on his tenure, saying, “He has served well in the past, but there comes a point when you have to move and that is the stage we are now.

“I am sure he will be lending support to the new executive in the future. But leadership is key, and with my experience, despite being a youth, I hope that the confidence and competence of myself could actually lead this executive and lead cricket in a totally new direction.”

Shallow comes to the helm at a time when St. Vincent and the Grenadines is preparing to host the Windward Islands Under-19 competition and an international match involving Bangladesh.

He was confident that his executive is up to the task.

“One of the things about the new executive, even though we use the word ‘new’, there is some continuity in the veteran Elson Crick, who is the first VP and secretary Samuel Holder, another veteran in his own right. So, I think we are more than competent to execute all these tasks ahead of us in the next few months and we are look forward to the challenge,” he said, noting that he and Byam have also been on the executive for over a year.

He further told reporters that he did not think that the no-confidence motion, the first in the history of the organisation, had resulted in a fracture.

“Sixty-five against 25 — I won’t say it was a fracture. It was s given, to be honest. It was quite obvious. I anticipated it to be just that result.

“I mean the cricketers themselves, the cricket community, they were ready for this change, I think everybody is going to work together moving ahead. It is about working collectively,” Shallow said, adding that members of Jack’s team, Radcliffe, are good friends of his.