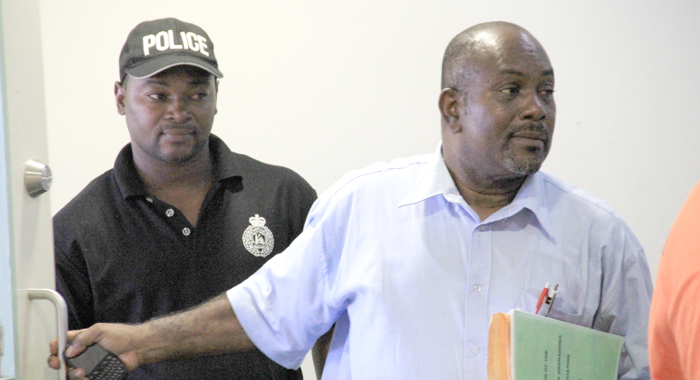 Ousted president of the SVGCA prepares to leave the meeting after a no confidence motion against him was upheld. (IWN Photo)

As Julian Jack on Saturday faced the final over of what would be his last innings as president of St. Vincent and the Grenadines Cricket Association, one of his supporters appeals against a perceived no ball.

But as a member of Smashers cricket team point outs, it is nothing personal.

The team’s captain, Marvin Harry, who brought the motion of no confidence against jack, is not moved by the cricket administrator’s defence.

The wicket is not cooperating, and bowling is tricky. But the embattled president will not retire hurt. Jack decides to take his chances and faces the general body in a vote.

He is removed from office when the motion of no confidence is upheld 65 votes to 25.