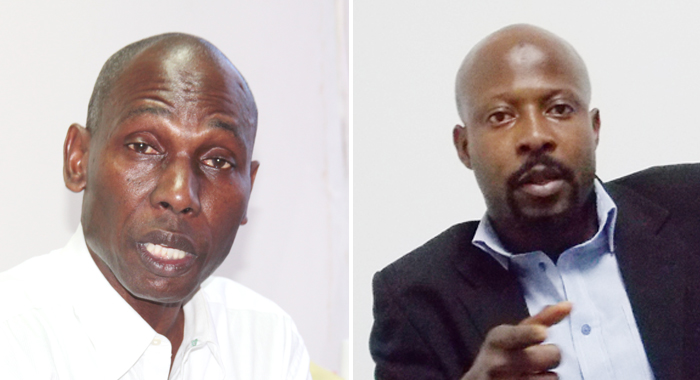 Sen. Jomo Thomas has been “declared” as the ruling Unity Labour Party’s  (ULP) candidate for South Leeward in the next general elections, his contender, Grenville Williams, told I-Witness News on Wednesday.

Williams’ confirmation amidst reports on social media and even as General Secretary of the ULP, Sen. Julian Francis, told I-Witness News that his party has made “no such announcement” regarding candidates.

But a usually reliable source told I-Witness News that Carlos James, who like Thomas and Williams, is also a lawyer, has been confirmed as the party’s candidate for North Leeward.

Jerrol Thompson, a physician, who lost the seat to the New Democratic Party’s Roland Matthews, was the other contender for the ULP’s nod in that district.

Well placed sources have also told I-Wetness News that businessman Beresford Phillips will represent the ULP in Central Kingstown, where St. Clair Leacock of the NDP, defeated the ULP’s Elvis Charles in the 2010 elections.

Phillips lost to Charles in the party’s interval vote to become the candidate, and has expressed public displeasure with the outcome.

The development is further fuelling speculations that Vincentians will go to the polls soon, possible as early as this year, in elections constitutionally due in December 2015.

Prime Minister Ralph Gonsalves had first signalled an early vote when he told party supporters at their convention in February to get “on your marks”.

He further told them at the party’s anniversary celebrations in March that he was not joking, and that he will give the opposition a short rope.

Meanwhile, Francis further fuelled those speculations when he told a meeting of minibus operators on Sunday to take advantage of him before he is given “higher orders”, as is the case every five years.

He seemed to referring to what has become a usual Cabinet reshuffle that allows him to shed some of his ministerial responsibilities to do party work ahead of general elections.

out and put to higher orders, or lower orders –I might be demoted — but I consider myself doing a very worthwhile job and necessary job every five years.

“I need all of you once every five years, that’s why I want to be friends with all of you. I am not making any bones about it,” he told the meeting.

“So, I want to encourage you all, I am your friend, I am here to facilitate. Don’t forget that I might be called to higher duties in a short space of time. So, if you want to take advantage of me, do it now. Because when those higher duties come, I gotta go. When you gotta go, you gotta go,” he said at a later point in the meeting.