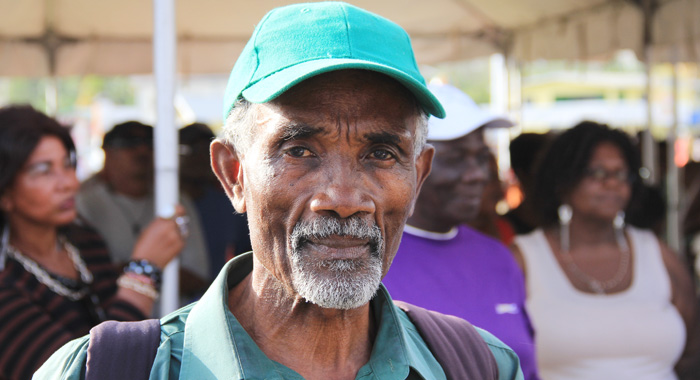 Prime Minister Ralph Gonsalves has defended The Mustique Company and Mustique Charitable Trust amidst calls by Leader of SVG Green Party  Ivan O’Neal for the island’s “superrich” to “bag your bags and go”.

Gonsalves restated his government’s support for the management of the private northern Grenadine Island, famed worldwide as a playground for the rich and famous.

But O’Neal in nightly ads on national television said the superrich on the island do not pay their fair share of tax.

“I see on television a gentleman who comes on every single night with two or three television ads. Among those featured for attacks is the Mustique company and the so-called superrich in Mustique,” Gonsalves said Monday at a ceremony to open the renovated Paediatric Ward at the Milton Cato Memorial Hospital.

O’Neal, who resigned some years ago as chair of the Gonsalves-led Unity Labour Party, has criticized Gonsalves’ financial management skills, saying that the Gonsalves, who is also Minister of Finance, is not trained in subject area.

Gonsalves said he is not bothered by the O’Neal attacks against him.

“I’ve reached the stage almost like an ancient patriarch and the slings and arrows of misfortune and others don’t worry me.

“But when I hear unfounded attacks, untruths and the media do not call out those untruths — not because it is an advertisement.

“They must call out the untruths and they must ask the question, ‘Which rich benefactor is contributing to a man to have three television ads a night on national TV?’ Because, for sure, he doesn’t have the money to pay for them,” Gonsalves said.

“Now, he is of no consequence in the politics of the country and maybe that’s why the media don’t pay him any mind. But, surely, truth and decency ought to dictate that he be called out on the falsehoods,” Gonsalves said of O’Neal, whose party amassed less than 1 per cent of the popular votes in the 2005 and 2010 general elections.

Gonsalves said The Mustique Company contributes about EC$100 million to the Vincentian economy annually and employs over 1,000 persons.

He further noted that the company’s chief and deputy chief financial controllers are Vincentians.

“The Mustique Company, in order for that tourism product of the highest international quality to exists, it has to be in partnership with the democratically elected government,” Gonsalves said.

He further noted that there have been agreements between every government of St. Vincent and the Grenadines and the Mustique.

“And I affirm again that The Mustique Company makes an immense contribution to the national economy of this country and also to employment and training,” Gonsalves said.

“An though there may be this or that change which can be made here or there, because if you look at the agreements, they have all been improved over the years. And this agreement is unique in the world. There are other countries trying to copy it, to emulate it, but they can’t. Because there is an indefinable quality of trust which has been built up over the years, which is the cementing force of the language which is written in the law which governs the relationship between the government and people of St. Vincent and the Grenadines and The Mustique Company. That’s the reality,” Gonsalves said.

He further said he would wager that the Mustique Charitable Trust, is the largest and most successful in the Organisation of Eastern Caribbean States.

The Trust says it strives to improve the opportunities for children, young people and vulnerable adults while supporting the development of sustainable local communities throughout SVG.

Gonsalves said the Company and Trust came to the aid of the country very swiftly after the devastating trough system last Christmas Eve, donated for distribution, and paid for some immediate rehabilitation.

Further, The Mustique Company granted the government’s request to advance US$4 million in dues to help with rebuilding homes for persons who have to be relocated as a result of the disaster, the Prime Minister said.

O’Neal told I-Witness News on Monday that he will respond to Gonsalves comments after he has heard them for himself.