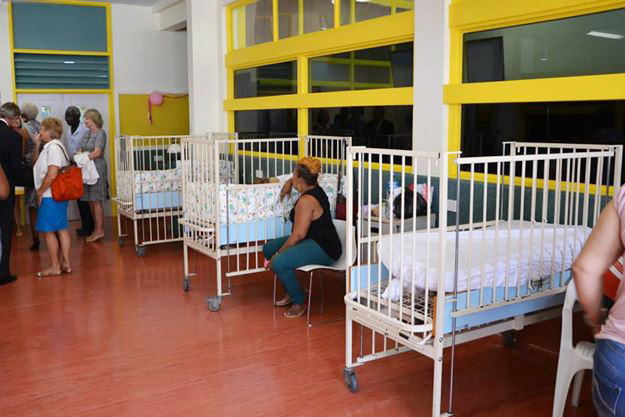 Speaking at a ceremony at the hospital, Minister of Health, Clayton Burgin noted that the EC$1.2 million upgrade is part of a multi-phase renovation of the ward.

He said the upgrade includes the addition of 11 paediatric beds, taking the number to 36, and a neonatal intensive care unit.

The ward’s outpatient clinic zone has been upgraded to a six-bed paediatric critical care unit that includes one burn unit bed, with staff bathroom facilities and storage facilities in that area.

The general paediatric critical care unit has been increased to a 10-bed area and the ward now has separate bathrooms for male and female patients, a larger dining area to also accommodate relatives, and office facilitates for the medical practitioners.

The ward was refurbished with support from the World Paediatric Project (WPP), which began a partnership with MCMH 12 years ago, that has seen 63 teams performing 667 surgeries.

Additionally, 220 children were treated at WPP hospitals in the United States. Of those children, 112 had open-heart surgeries and 16 with brain tumours.

“All in all, US$43 million worth of service have been provide to the 3,500 children we have seen over the years,” said president of WPP Susan Rickman, who praised the “remarkable” government of Ralph Gonsalves for welcoming the WPP programmes and allowing children from the eastern Caribbean to access and benefit from the services that WPP is providing.

“Our world has so much which is harsh and unconscionable, but then this great thing of beauty comes by, called the World Paediatric Project — of immense helplessness, Good Samaritans.

“These numbers do not appear in the gross domestic product figures, but these are real to real flesh and blood people,” Gonsalves said.

Gonsalves also noted the contribution of the Mustique Charitable Trust to the healthcare sector in St. Vincent and the Grenadines.

During Monday’s ceremony, businessman Simon Kamara, chief executive officer of Liberty Properties Inc., donated a 40-inch colour television to be used by patients on the ward.