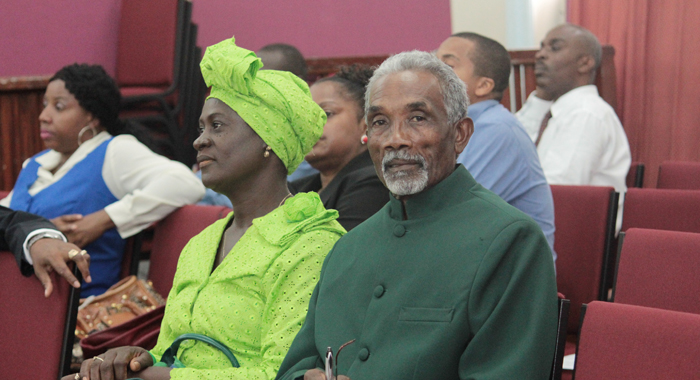 Susan Simon, who contested the East St. George seat for the SVG Green Party in 2010, will represent the party in North Windward at the next general elections, constitutionally due in 2015.

“The people want me out there. They are asking for Susan out there,” she told I-Witness News.

Simon, 46, a resident of Langley Park, told I-Witness News that she thinks she has a greater chance of winning in North Windward, having competed against “two tough opponents” in East St. George.

In the 2010 elections, Simon, a farmer, polled 11 votes, compared to 2,901 for the Unity Labour Party’s Clayton Burgin, a former education who was returned for a third consecutive term as MP for the area.

The New Democratic Party’s Linton Lewis, a lawyer, got 2,229 votes.

“I just love the Green Party because of the commitment. We need jobs and I love the environment. Green is prosperity and green is for the environment,” Simon, a graduate of Bishop’s College, Georgetown, who studied agriculture for one year at the University of the West Indies, told I-Witness News.

“The main issue in North Windward is that we need factories. We have raw material out there that we can put in factories. For instance, the coconut, instead of shipping them to Trinidad, we can put down a mini coconut oil factory. We have cassava out there, arrowroot and we can do that for making baby food to send anywhere in the world,” she further said.

“I mainly love agriculture because it is a livelihood for our people in North Windward,” said Simon, who has been farming for 25 years.

She said she thinks she has an 85 per cent chance of winning the North Windward seat, which is currently represented by Minister of Housing Montgomery Daniel of the ULP.

“I think the current representative hasn’t done much out there which we in North Windward wanted or have our minds on. He was a minister of agriculture, he was an extension officer, and he did not deliver us with factories or anything,” Simon said.

She said that while constituents love the opposition New Democratic Party, they are not familiar with the party’s candidate Lauron Baptiste.

“… the people out there, they definitely need factories. The people love the party NDP, but the person, they are not acquainted with him.”

One of Simon’s five sons, Rodassa Simon, 19, drowned on April 17 at Jip Beach, Rabacca, five months after he announced that he would be a candidate for the Green Party in the December 2010 general elections.

Rodassa could not compete in the election because he was not yet 21.

“If he were alive, he would have been the Green Party candidate for West St. George [in the next general elections],” Susan told I-Witness News.