Suarez’s ban for biting — extreme or too lenient? 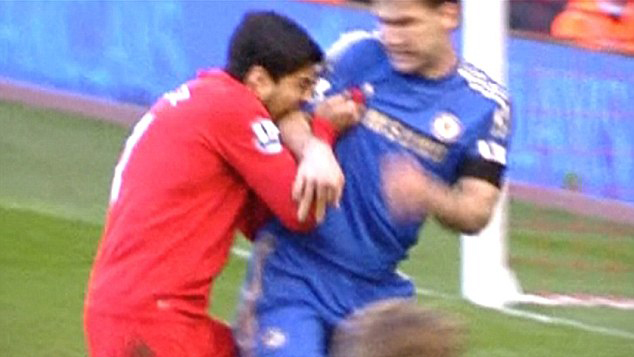 The ban imposed on Luis Suarez for biting an opponent while playing at the World Cup for Uruguay means he would miss 13 matches for Liverpool between the start of the season and the end of October. He is also banned for nine international games and has been fined 100,000 Swiss francs (£66,000).

I think all those who are opposing this ban are taking this incident as a one-time occurrence! Let’s not forget this is a combination of a repeated offence for which the individual had systematically made up a whole apology and promised not to be a bad influence for the younger generation watching. So there were chances given and now for the third time he did it at the biggest stage, where millions of upcoming kids are watching (SMH).

I think that taking all that into account, the punishment is justified!

He had his fate in his own hand.

Can you imagine Liverpool fans saying FIFA is punishing Liverpool?

Just as if you commit murder, then your boss will suffer during your incarceration if you are a good employee. The sooner children like you realize that you can’t just blame everyone else for your own actions, the better.

Suarez done what he did and it is HIS fault. Not FIFA’s fault; not his parents’ fault. It is Suarez and Suarez alone. He knew the rules, he knew his past and he chose to sack it all off and play the victim AGAIN. He’s like the boy who cried wolf.

Its expected for those benefiting from Suarez to complain and I don’t care who are supporters of the club and country he represents. He has bitten and opponent three times and you call the punishment excessive?

In this world, people wants to do as they wish. No way!!! Rules and laws are there to control and protect everyone. No biting, and I repeat, no biting, during football, or any other sports as a matter of fact.

In Dominique Stowe’s fair and humble opinion, after watching two of the three incident live, (and I hope others saw it too), much fairer result all-round would have been to ban Suarez from national football for one year and to impose a four-month domestic ban, suspended on condition that the player enter a programme of psychiatric counselling, in order to protect his peers.

What happened with Suarez was far beyond fair play and the attitude one should have when you play at the World Cup.

Unbelievable, don’t you folks watch LIVE matches? Suarez very intentionally bit, so stop crying on FIFA; and it’s not the first time he has committed such a disgusting offence.

An elbow or boot in the face, etc. is one thing; being bitten involves significantly wider medical risks, particularly from bacterial infection. In this era of HIV/AIDS awareness and issues relating to hepatitis, it is discouraging that people are trying to excuse this kind of behaviour.

Finally, I applaud the decision which was made by FIFA’s Disciplinary Committee to sanction the player in this way because what he did is unacceptable and not the image we want to give to the world.

4 replies on “Suarez’s ban for biting — extreme or too lenient?”