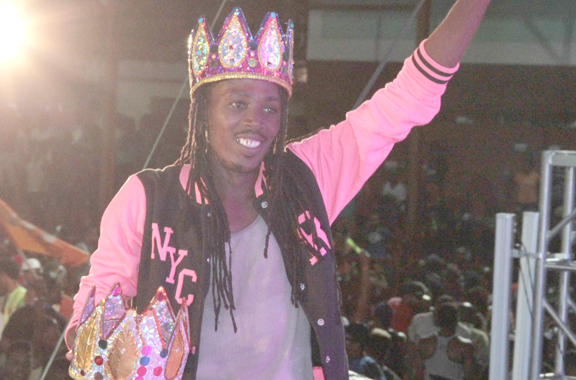 The balance of power in soca land has shifted. Delroy “Fireman” Hooper is once again king. But this time he rules both Ragga and Power soca.

After two years on the fringes, including 2012 when he did not defend his title, Fireman won both the ragga and power soca crowns during the Soca Monarch show at Victoria Park Saturday night.

In the power soca category, he sang “Unruly” and defeated 14 other contenders, including his longtime rival, 2013 monarch Gamal “Skinny Fabulous” Doyle, who placed second.

Shertz “Problem Child” James, who sang “No Discipline”, was third, and Lancelot “Madskull” Gloster-Scott placed fourth with the “Family”.

Her rendition of the song earned her third place, behind Travis “Wiz Skid” Lynch’s, who sang. “Fettologist”.