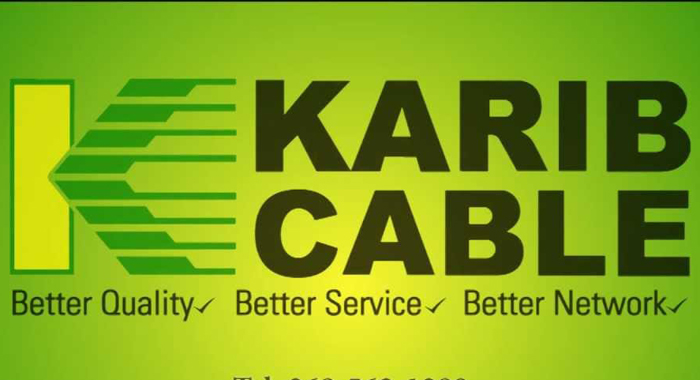 With the announcement by cable television provider FLOW that some of the channels in its line-up were removed for legal reasons, the question of whether Karib Cable provided content illegally to its customers has arisen.

“I am not in anyway at all saying that Karib Cable broadcast any illegal channels. I want to make that extremely clear,”Shelly Ann Hee Chung, FLOW’s vice-president, sales and marketing for the eastern Caribbean told I-Witness News when asked on Wednesday whether Karib Cable had provided content illegally.

“Please, we are not saying that. We are saying that we have a commitment to broadcast what is legally available, what our partners have provided agreement for and what we have in fact entered into arrangements to do,”FLOW’s Country Manager, Christopher Gordon, told I-Witness News in the same interview.

Under the ownership of Columbus Communications, Karib Cable continued to offer channels that it removed this month, when FLOW made major changes to its line-up.

Gordon said FLOW’s approach to providing content legally cleared for a market, can create benefits for the region.

“Years ago, the Caribbean was seen as a haven for piracy. Businesses in the cable industry or programmers would not look at the Caribbean as a region worth their time to develop relevant content,” he told I-Witness News.

Gordon further said that with 600,000 customers, Columbus is the   largest video cable operator in the region.

“… through work over many years, … we have actually worked with them to provide relevant Caribbean specific channels,” he said  in reference to content providers.

He used ESPN Caribbean as an example, adding that in addition to soccer, the channel also broadcasts cricket and Caribbean T-20 cricket.

Gordon also spoke of HBO Caribbean, which broadcast in English, although content providers generally supply the Caribbean with content in Spanish.

“We have done work with HBO to provide a one hundred per cent English feed, HBO Caribbean, which is available to our customers, and it is through our partnership with our content programmers and partners over time we are able to do things like that.

“I just provide those two examples to see what the long-term benefits are in following the rules, respecting the regulatory environment in a particular country, and also respecting those programming rights that we have.”

But asked why FLOW, which is a larger company than Karib Cable, cannot provide the content that Karib Cable did, Gordon said: “I am not trying to skirt around the question. What I am saying very clearly and consistently is that we have an obligation to ensure that the concert we broadcast is what is legally available to St. Vincent.”

Hee Chung further said: “As you said, we are the bigger provider. Who has to set the precedent? We do. Because if it is we who are setting the benchmark, because remember we are now setting the context. Smaller provider are looking at what we do … and if it is we do the wrong thing, that is going to come back and jeopardise our ability to negotiate and enhance the offerings,” she said.

Minister of Telecommunication, Sen. Camillo Gonsalves told a press conference on Monday  that during a meeting, executives from Columbus indicated to him that some of the channels that were being offered, could no longer, for legal reasons, be offered, and should not have been offered.

They said that while it is possible for a small enterprise to offer a channel and not catch the attention of that channel, it is very difficult for a large multinational corporation to do the same thing, the minister told reporters.