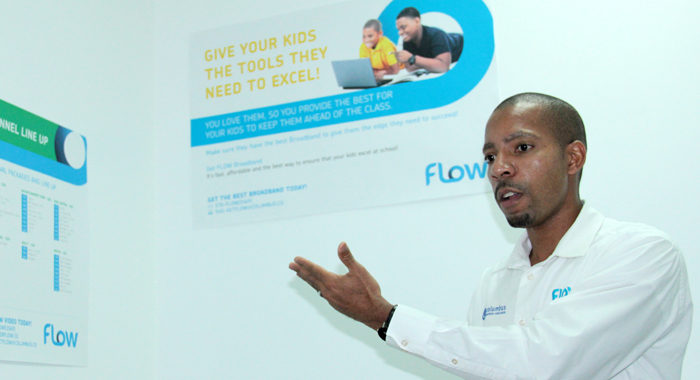 Cable television service provider FLOW says its team is working to help Vincentian customers locate on existing channels the shows they thought they lost as changes to the channel line-up were rolled out earlier this month.

“… these shows, in most cases, are available on other channels, but customers don’t know that,” Shelly Ann Hee Chung, FLOW’s vice-president, sales and marketing for the eastern Caribbean told I-Witness News on Wednesday.

“We have a team that is literally doing the assessment on the back end to see where the content is available and we are communicating that to customers,” she further said, adding that the company is compiling a list that it will make available on channel 100.

But Hee Chung noted that in some instance, the show might no longer be available.

“There may be cases where it is not available at all, but we will point you to content that is similar,” she further said.

Wednesday’s interview came after Vincentians took to social media since last weekend to express their displeasure with changes to the channel line-up.

Customers have been complaining that some of the more popular channels have been removed from the basic package and replaced with little known one, or too many of a single genre.

There has been a net gain of two channels in the basic package, as FLOW has removed 18 channels and added 28 new ones.

Eighteen of the channels removed were in the basic package and the other eight were in the optional package.

Whereas customers previously had 78 video channels in the basic package, they now have 80.

Among the 18 channels removed from the basic package are the local Seventh-day Adventist channel (SVG Mission), the TV Guide Channel, and the Oprah Winfrey Network (OWN). 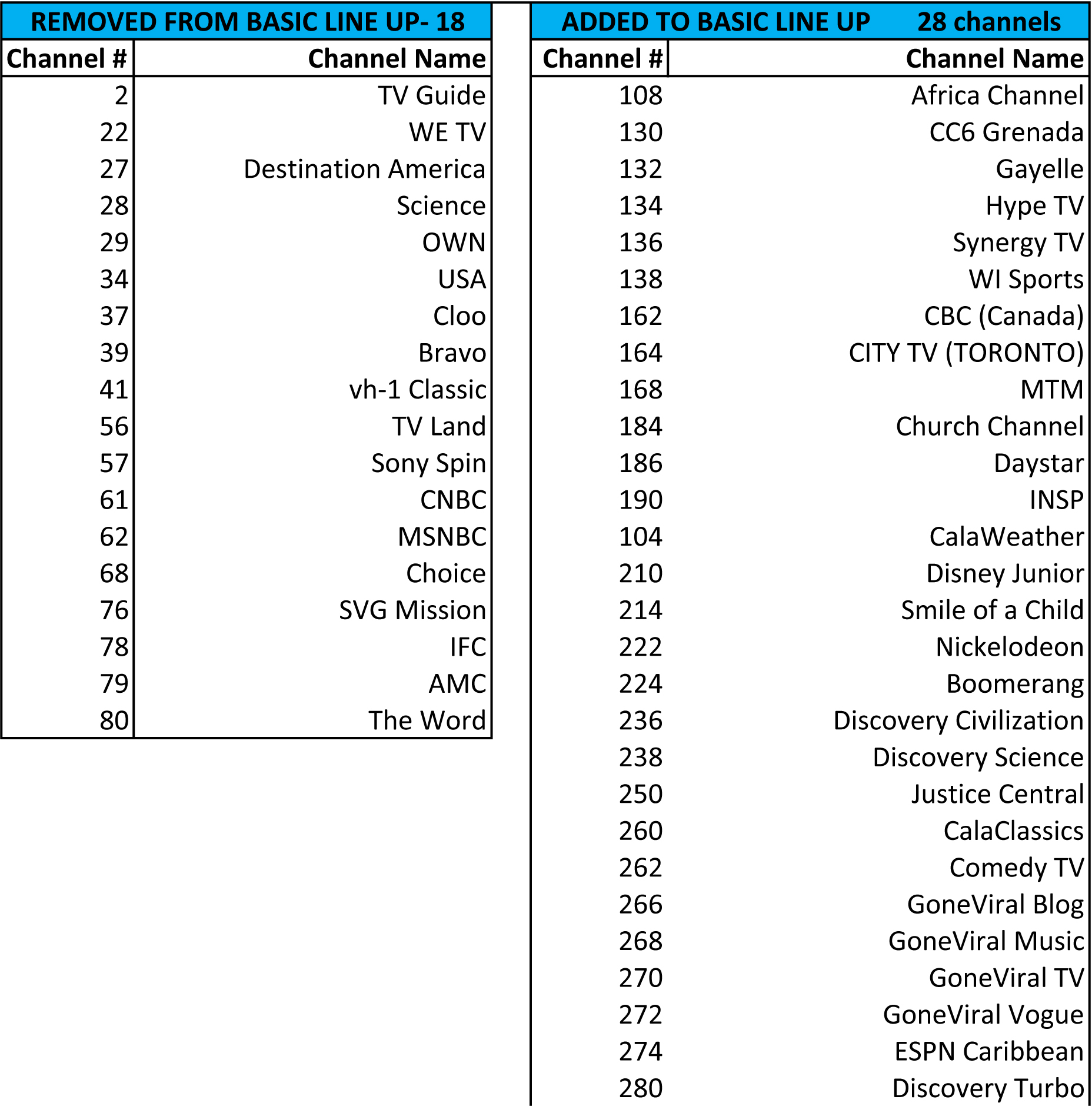 “We are very much aware, we acknowledge and empathise with the Vincentian public in terms of the changes and how they feel in terms of the channels that are no longer available,” FLOW’s Country Manager, Christopher Gordon, told I-Witness News in the same interview.

“It is a very emotional thing and as an individual, there are channels I wish I could watch, for example, USA. I love watching Law and Order, that’s no longer available to me; but what I want to make very clear, these changes were made on the channel line up because we were legally obligated to offer content that is legally available and cleared for St. Vincent,” he said.

Gordon said FLOW has “tried to ensure that we provide more value for consumer, in terms of channels, but more importantly, more relevant content”.

He said the company has added two more family-oriented channels than they have removed.

Asked how FLOW decided what package to offer as a basic package to Vincentians, Gordon said his company conducts research in each of its markets.

“We have platforms that can tell us what the most popular channels are. … We use that information, along with local sensitivities to guide us in how we put the packages together.

Vincentians consumers have complained about not being adequately informed about the changes. In fact, some customers, after rescanning their set-top boxes last weekend, had as few as 20 channels in the basic package.

FLOW later provided them with a flyer that contained step-by-step instruction to rescan the boxes, including the frequency that should be used.

Hee Chung told I-Witness News that in June the company mailed letters to its customers, but many of them said they did not receive the letter. Emails were also sent to some customers.

She said FLOW has also implemented channel 100, but customers don’t know that is a medium through which they can access information about the service, and over the next few weeks there will be a series of initiatives to communicate this information to customers.

The executive also said that the company made radio announcements three times a day between July 1 and 14.

“We certainly could have found more innovative and effective ways to communicate that,” Gordon told I-Witness News.

Customers, and the Ralph Gonsalves government, has also raised issued of regional parity — the extent to which the packages and prices in St. Vincent and the Grenadines differ from other markets.

“We ensure that our offering are broadly similar within markets, where applicable. The eastern Caribbean is a great examine and St. Lucia is a great example, because we are just finished launching St. Lucia. … The price points are very similar; in some cases, it is a one-cent difference,” Gordon said.

According to FLOW’s printed and online information, whereas in SVG FLOW’s “Starter” package contains 32 channels and costs EC$65, in St. Lucia, it contains 38 channels, and costs EC$61.99.

“We have provided various base packages at various price points at a lower entry level than was in the market before,” Gordon said, adding, “We have offered options for customisation opportunities to save money, and opportunities to choose the content that you want.”

He further said that it is not correct that all FLOW customers will have to have their wiring redone.

He noted that the company offers,

Broadband Internet and and video service, adding that the platform is already of the standard to offer the broadband services.

The video platform, however, is Internet Protocol TV (IPTV)and the FLOW has changed the standard of how the wiring was done, including how they ground it and what is put outside.

“There is no additional charge to convert, meaning there is not installation charge,” he said.

“I certainly want to make very clear that our commitment is to offer value for money, offer great service, improved service moving forward and demonstrate to [customers] the difference that they will see in terms of our value offering. Our clearest demonstration of that is the new products and services we have rolled out,” he told I-Witness News.