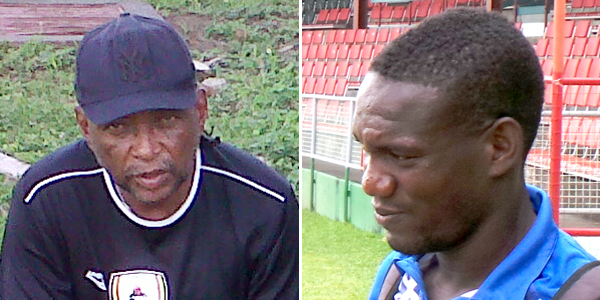 St. Vincent and the Grenadines will venture out to this week’s Commonwealth Games in Glasgow Scotland with confusion and questions taking centre stage as one athlete has had his flight cancelled while on his way to the airport.

The Vincentians, who will be competing in cycling, swimming, squash, track and field and, table tennis are attending the games for the 11th time after their initial participation 56 years ago back in 1958.

And it was eleven time unlucky for Courtney Bascombe, who according to reports, was unceremoniously withdrawn from the team.

According to reports, Bascombe was in the process of travelling to the Piarco International Airport when he got news that he will not be travelling with the team again. Efforts by I-Witness News to contact Bascombe by way of a number supplied by a source proved futile, while Olympic House gave no information on the cancellation other than to say that they were informed by “the Chief De Mission Jacintha Ballantyne that the ticket had been cancelled”.

In 1958, the Games, which were held in Cardiff as the Empire Games, saw St. Vincent being represented by sprinter Elton Anderson and high jumper Godfrey Roberts with Sap Coombs being the team manager.

Anderson, who now uses a wheelchair to move around, is the only surviving member of that team. It said that were he to learn about the level of confusion which, surrounds the 2014 team he would shed a tear.

While the problems began to surface with the omission of Robert Ballantyne from the table tennis team made public through a letter to the media by his brother, Orde Ballantyne, it appears that there are other problems that have taken root.

The 55-year-old Ballantyne was omitted from the team because the SVG Table Tennis Association said it was in the rebuilding process and felt it was better to take younger players.

But persons have questioned the objective of the trip, since Ballantyne remains the country’s leading player and continues to beat those half his age regularly.

While table tennis did the first leg in the problem race, reports say that it is track and field, aided to some extent by the NOC, which appears to have muscled its way to the front.

Reports say that countries were given one US$100,000 in 2013 to prepare for the Games, which should have included stipends among other things. But some athletes say they never received any monies.

Coach “Mercy” Ollivierre, whose athletes are among those selected, told I-Witness News that he should have received monies from the grant as he was part of the athletes’ preparation.

Ollivierre also expressed concerns that while Chester Morgan has been listed as the track and field coach, his investigations show that St. Kitts’ Eric Francis, who was mentioned in drug-taking incident, is the man travelling with the SVG team.

Ollivierre said that he thinks it is not proper for SVG to be employing the services of Francis in light the drug-related matter. Reports say that Francis is the coach of Vincentian athletes Kineke Alexander and Courtney Williams.

In addition to the Francis issue, Ollivierre told I-Witness News that during an exchange, Morgan threatened to “box me down and pay for me”.

He said he accused Morgan of just being “a babysitter”, since he does not have any athletes and does not coach anyone, and this resulted in the threat of violence.

Ollivierre said the local athletics body appears not to be too concerned with the development of the athletes and this can be seen based on the officials who are sent out with teams.

“I think it is a gross injustice to have Chester Morgan as the TD (Technical Director) … He is merely a Level 11 Coach with no special skills nor that commitment to the sport,” Ollivierre said.