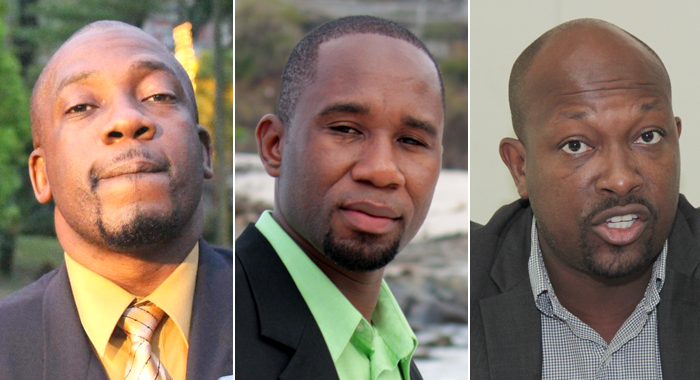 A senior reporter at one of the nation’s newspapers told Minister of Agriculture Saboto Caesar on Wednesday he is “disappointed” that I-Witness News was allowed to attend a media briefing about closure of the St. Vincent Cocoa Company.

“First of all, I got the impression that this was supposed to be a meeting for the print media. While I don’t have a problem with other media houses being here, but I think it gave an unfair advantage to somebody who operates a blog … I don’t think they respect the — what I believe is the concept that you wanted the print media …” Junior Jarvis, senior reporter at Searchlight newspaper told Caesar.

Jarvis further said that is the reason why the television stations were not allowed to attend the press briefing, to which the Minister responded, “Right.”

“I would like to put on record my disappointment that that was allowed,” Jarvis said in reference to I-Witness News attending the press conference.

Kenton X. Chance, executive editor of I-Witness News, the leading news and current affairs website in St. Vincent and the Grenadines, attended Wednesday’s press briefing, at the invitation of the Ministry of Agriculture.

I-Witness News on Saturday broke the story of the Cocoa Company closing its operation, and interviewed Prime Minister Ralph Gonsalves on the development on Monday.

When he arrived at Wednesday’s press conference, Chance, who is also a correspondent for a regional news agency, and whose website also publishes videos, told the minister that he would like to videotape the briefing.

The minister said he would prefer if that is not done, and offered to give a video interview after the press briefing.

“I just wanted to have an open conversation with you. I wanted you to be able to be free to ask certain things, and I wanted, not the formality. But I have never been fearful of formal press conferences and I am open to do one at the end of the six weeks, when I have a better grasp of have it would have evolved within the six weeks,” Caesar said.

Asked if the local television stations were invited to the press conference, the Minister said, “I am not aware that they were invited.”

Chance then asked to be excused from the press conference, since, as he had indicated to the minister earlier that he had another engagement.

Jarvis made his comments after Chance left the press conference.

At the end of the press conference, the minister said, “I would just like to put on record, just like when I started, that it was really for the print media.”

However, at no point did he indicate that the press conference was only for print media.

“I think you should have said that,” Jarvis responded.

“But we allowed it,” the minister further said.

I-Witness News is not aware of any other occasion when a ministry or department of the government has had a press briefing for any one section of the media.

Prime Minister Gonsalves holds press conferences with all sections of the media, and his office and the state-owned Agency for Public Information send public information material intended for the media to the various media forms.

The Ministry of Agriculture has been known in the past to call specific journalists, rather than editors and newsroom managers, to inform them of press conferences. It is not clear if it still engages in this practice.

Commenting on Wednesday about the development, Chance wrote on Facebook that in an interview with technology blog ThaDailyGeek, published Tuesday night, when asked about challenges that I-Witness News has faced, he said, “Some media entities and their agents have not been very subtle in their efforts to undermine, seemingly with a view to protecting their own interest.”

While it is the first time a journalist has “put on record” his disappointment with a colleague being invited to a press briefing, I-Witness News and freelancers have had to struggle with the Public Relations Department of the Police Force to receive their public information notices, in the face of what then head of the Department, ASP Jonathan Nichols, said was a policy that they only sent the releases to “media houses”.

He founded I-Witness News in 2009, as part of requirement for his journalism and mass communication programme.

Since then, he has partnered with NetMedia Information Solutions, an independent website design, corporate identity and internet marketing business based in Vermont, St. Vincent, to position I-Witness News as the leading source of breaking and daily news and current affairs information in SVG.