Reporter says he was ‘speaking in defence of press freedom’ 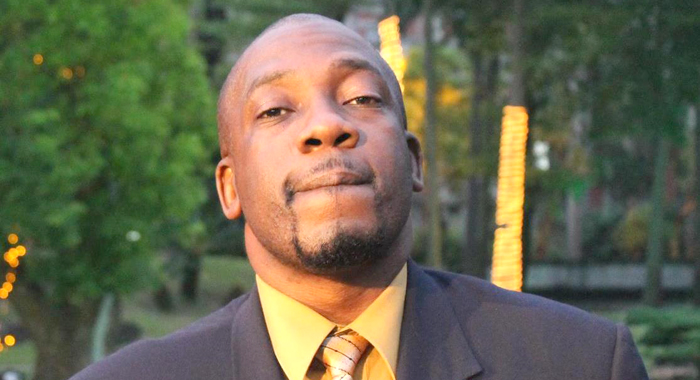 [Editor’s note: Searchlight newspaper posted this article on its Facebook page after the publication of our article “Reporter ‘disappointed’ I-Witness News allowed to attend press briefing”.

We think that, in fairness to all concerned, we should also publish it for our readers. We will also publish a version of the events as recounted, also on Facebook, by journalist Ashford Peter, who also attended Wednesday’s press conference.]

I was speaking in defence of press freedom — Jarvis

SEARCHLIGHT senior reporter Junior Jarvis is asserting that contrary to what was reported in a story on I Witness News today, he did not express disappointment that I Witness News was in attendance at press conference on Wednesday.

The veteran journalist said that his comments were made in defence of press freedom in St Vincent and the Grenadines, and that what he said is being misconstrued.

Jarvis explained that on Wednesday July 23, he attended a press conference hosted by the Ministry of Agriculture at their conference room at Richmond Hill.

“When I got to the conference room, I met Ashford Peters, a freelance reporter who I know writes articles for the News Newspaper.

“Peters informed me that the event was for print media only, to which I relied ‘That does not make sense. Why would you have a press conference for print only and not invite the other media?’”

“I repeated that sentiment to Zulieka Lewis who next entered the room. I had known that Zulieka was employed at SVG TV, but it was not until later that day I was informed that she is no longer employed there. I was advised that she is on staff at the Ministry of Agriculture.

“I told Lewis that nobody has a press conference for one section of the media in this day and age, and that I didn’t understand the reasoning behind it,” Jarvis said.

Jarvis said that Kenton Chance of I Witness News was next to arrive, followed by Audwin Andrews, who Jarvis last knew was employed at IKTV.

The senior reporter said that when he saw the other non-print media persons entering the room, at one point he thought that the directives had changed and that all media had been invited to the function.

Jarvis said that when Minister of Agriculture Saboto Caesar entered the room, he expressed surprise to see Chance. Chance informed the minister that he was invited to the event by a staff member of the Ministry of Agriculture, to which the minister replied “Oh?”

“As Chance began to set up his equipment for filming, Caesar asked that it not be filmed, but said he would oblige him with a filmed interview at a later date.

“Then Kenton Chance, Ashford Peters and I put on our tape recorders, but I noticed that Zuleika and Audwin were not filming or writing.”

According to Jarvis, after the minister said what he had to say about the state of the cocoa subsector in St Vincent and the Grenadines, he asked if there were any questions.

Chance took the floor first because he said he had another engagement to attend to. After he was finished with his questioning, he took his equipment and left the room.

“Ashford Peters was next to ask questions, followed by me.

Before I asked my questions about what the minister said, I made this statement:

“First of all I got the impression that this was supposed to be a meeting for the print media.

“While I don’t have a problem with other media houses being here, but I think it gave an unfair advantage to somebody who operates a blog, because they wouldn’t… I don’t think they would respect the… what I believe is the concept that you wanted the print media to have that information for the same reason why the television were not allowed to film, so I would like to put on record my disappointment that that was allowed.”

Jarvis explained that his disappointment was in no way in reference to Chance attending the press conference; it was however, in reference to other media not being afforded the opportunity to cover the said function, as Chance and members of the print media were.

“I saw other non-print members of the media in the room who were not taking notes, and I thought it was unfair for them not to be allowed to do so, while I Witness News was allowed to, at a function that was specified for print media only.

“To my mind, if I Witness News was being allowed, others should have been allowed as well.

After Caesar finished answering the questions, he also went on to say that the event was just for print media, to which I responded that it should have stayed that way.”

Jarvis has been a journalist for the past 20 years, starting as a sports reporter for SVG TV in 1994. He then ventured out into radio broadcasting for some time, before finding his way into the print media in 2007.

Jarvis has received training by a number of reputable media entities, and was awarded recently for his contribution to journalism in the health field.

The senior reporter said that while he may have differences with other persons in the field, he would not go to the extent of trying to block, undermine, or “cut the throat” of other journalists.

“Journalism has always been a competitive profession, but it is even more so today as the tides are changing. That does not mean I would prevent another journalist from doing what he was trained to do.

“I have always been an advocate for other journalists and media houses to have the same treatment as others.

“Like any other job, there is competition, but that is not me. I love competition. It makes me lift my game. I would not go to those depths just to get a story. I know better.”