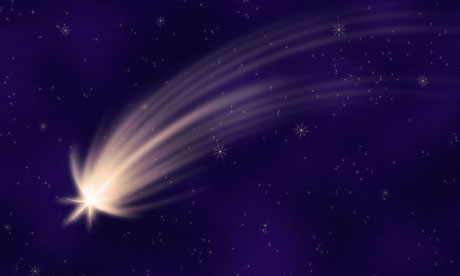 A meteorite set social media ablaze and turned Deputy Director of Grenadines Affairs Herman Belmar’s phone into a hotline Thursday night, as persons expressed fears that an aircraft may have crashed near Bequia.

A meteorite is a solid piece of debris, from such sources as asteroids or comets, that originates in outer space and survives its impact with the Earth’s surface, says Wikipedia, an online encyclopaedia says.

Belmar told I-Witness News around 10:05 p.m. that he had received numerous reports that a flaming object was seen falling towards land.

Some persons assumed that it was a small aircraft that had crashed.

Belmar, however, told I-Witness News that checks with police and the Coast Guard showed that there were no reports of a missing aircraft.

He further said the Coast Guard informed him that the flaming object is believed to be a meteorite and that they were investigating.

Belmar said he understood the fears that an aircraft might have crashed, in light of recent aviation disasters.

On Wednesday, TransAsia Airways passenger aircraft GE222 crashed on the island of Penghu, Taiwan, killing 48 of the 58 persons on board.

Last week, Malaysia Airlines Flight MH17 fell to the ground in a ball of flames in Eastern Ukraine, killing all 298 persons.

There are disputed reports that the aircraft was shot down.

On March 8, Malaysia Airlines flight MH370, en route from Kuala Lumpur to Beijing, disappeared from radar screens over Indonesia and has not seen since.

There were 200 people on board.

One reply on “Meteorite triggers plane crash fears in Bequia ”