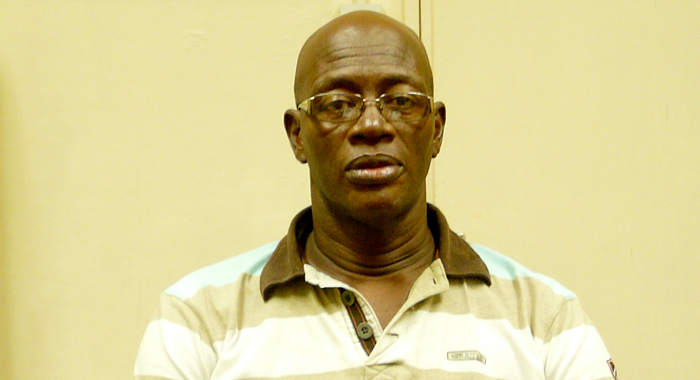 Deputy Fire Chief of the Royal St. Vincent and the Grenadines Police Force, Station Sergeant of Police Charles Adams, has spent the better part of his life providing an invaluable service to the Vincentian community.

But after 31 years of service, he has retired as a member of the local constabulary.

The curtains came down on Adam’s illustrious career on Saturday, Aug. 2, 2014, the date he officially retired as a police officer.

Adams, who was enlisted as a member of the Police Force on Jan. 9, 1983, said serving the Vincentian community has been an honour and he said his success and success of the fire department is really a community effort.

During his time at the fire department, Adams has received the highest level of training and certification.

“I excelled in the field of fire. That’s my passion! I have forty or fifty qualifications in fire,” said Adams during an interview with the Public Relations and Complaints Department of the Royal St. Vincent and the Grenadines Police Force.

He added: “I never expected my career would have taken me to countries that I had only dreamt of, for example, England, USA, other European countries as well as to most of the Caribbean islands.”

Station Sergeant Adams, who joined the fire department in 2003 after spending several years at the Coast Guard Service, said his career has been a rewarding experience, having trained employees in the private and public sectors, among them the staff at Buccament Bay Resort, Bank of St. Vincent and the Grenadines, hotel staff including Palm Island Resort.

Adams said he also trained merchants in fire fighting and safety precautions as well as personnel in the cruise ship industry.

Reflecting on his tenure as a police officer, Adams said: “I consider my career to be a fruitful and blessed one. I did it my way to the best of my ability.

“I would not choose another career. Being a police officer has exposed me to opportunities that I wouldn’t have had. It made me a more disciplined person. I have always been dedicated to my work, especially in training. I see myself as a nation builder,” Adams said.

He said that he is fortunate to be blessed with a family, who supported him during his career. He used the opportunity to express thanks to his wife, Stephanie, and children, Nickron, Deron, and Sheymoy.

Adams said he has embarked on setting up a fire consulting agency, recognizing that such service does not exist in St. Vincent and the Grenadines. He said he sees it as an exciting venture and will be moving full steam ahead into that area.

Adams said he also plans to impart his knowledge to members of the Royal St. Vincent and the Grenadines Police Force.

The executive management team and members of the Royal St. Vincent and the Grenadines Police Force use the opportunity to thank Station Sergeant Adams for his service and wish him the best in his future endeavours.