WICBC should replace Chanderpaul with his son 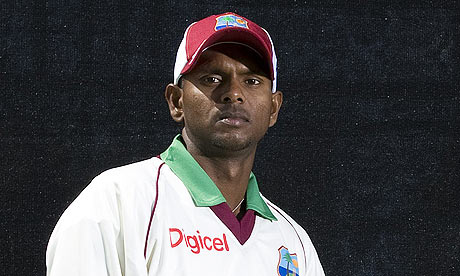 First, let me make it straight and clear that I’m a big fan of Shivnarine Chanderpaul. However, I am a bigger fan of the development of West Indies cricket.

It’s not a matter of me wanting to get rid of Chanderpaul; it is just that I am keen to see the development of a good future for the West Indies team, and you will agree that he does not represent the future.

You might think he is consistent, but has he been really consistently batting in a manner likely to win or save matches for us? On close scrutiny, one would have to conclude that he bats mostly for his stats — for example, failing to bat with the tail as the great Brian Charles Lara used to do. Instead, he takes a single off the first ball of the over and leans on his bat at the non-strikers end without even going down the pitch and say a word. At the end, he is NOT OUT and his average goes up (SMDH). And that, of course, doesn’t benefit Windies cricket.

It is amusing to note persons behaving as though West Indies can’t do without him. What if next test he falls sick or is otherwise unavailable? Wouldn’t the Windies still play the test match, and probably win without him? Not too long ago in India, in his absence, the Windies scored over 500 runs in one innings, with the first six batsmen all scoring 50 plus.

This seems evident that the batting is capable of doing well without him and replacing him with his SON in the middle order could very well be a boost for young and future team overall.

One reply on “WICBC should replace Chanderpaul with his son”