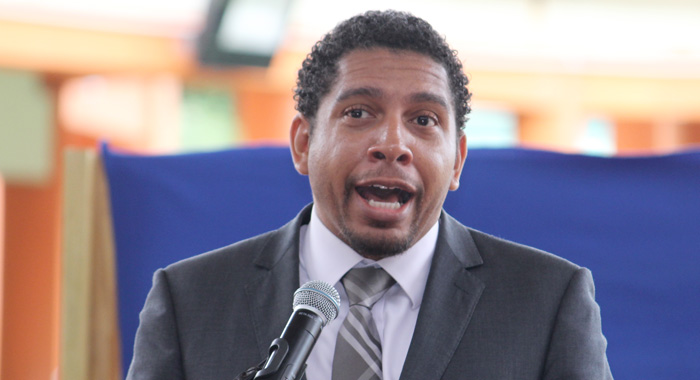 Vincentian students have been told not to think that developing the world’s next billion-dollar mobile app is beyond them.

Minister of Technology, Sen. Camillo Gonsalves further told students at the launch of the i2 (I Squared) Competition at the SVG Community College in Villa on Thursday, that innovation can be used to solve many inefficiencies that students themselves complain about.

The i2 Competition is intended to give students the chance to change the world using their imagination and creativity and to showcase their inclination towards innovation.

The competition encourages students from various secondary, technical and tertiary level institutes (including the medical colleges) from across the country to put forward ideas that can implement new systems or improve existing systems in the current departments within the Public Service and other state agencies that provide services to the public.

Such improvements can lead to cost savings or result in the faster delivery of that service, and students can win prizes of up to EC$2,000.

“The gross domestic of St. Vincent and the Grenadines is less than a billion US dollars, and every product, every app I mentioned to you there is either making billions of dollars a year or sold for billions of dollars and they were created by two or three or five people,” he told the ceremony.

Gonsalves also encouraged the students not to be daunted.

”You say, ‘Well, it’s St. Vincent; we are different. They were made in American and all of that.’

“That’s not true. Skype, that everybody says they use, is programmed primarily in a country called Estonia … And that can be St. Vincent and the Grenadines, because all that was needed was brains and ideas and a desire to see your idea through.”

He further told the students that while they may think that those big money options exist in the United States, money can also be made in St. Vincent and the Grenadines, if students have an idea.

Gonsalves said the people who take advantage of these opportunities are the ones who have the future of SVG in their hands.

He said Government services in SVG were largely inherited from the British when SVG gained independence in 1979.

And while these systems have been tweaked and modified since then, they are largely the same, Gonsalves said, adding that when these systems don’t worked today, older persons, who are accustomed to them, blame the people.

“But you know and I know that it is not just the people, but the system itself that has not been able to adjust and adopt to modern time.

“It is your fresh eyes that can look at the system critically and identify problems and to propose solutions, and that’s part of what this i2 competition is about.

“… Every line in front of a government service is a problem that can be solved. Every inefficiency that either you or you hear your parents complaining about is a problem that be solved by you and your brains, with ideas, with innovation, and, of course, with technology.”

He suggested that the students could solve the inefficiencies associated with paying taxes, or clearing a barrel at the Customs.

Gonsalves also told the students that they can use technology to create innovative solutions to their lining up at the beginning of the term to register at the Community College, or to get books, or information about classes, or taking heavy books to school when they should be reading them on computers or tablets.

“These are problems begging for your solutions and you can think of these solutions.”

In the area of business, Gonsalves asked why couldn’t the nation have an online business directory.

And, regarding the government, he asked, “Why isn’t there a single portal for all government services, instead of going from one website to the other and one line to the other.

“These are problems that are begging for your critical analysis and solutions. And I think you can do it,” Gonsalves said.