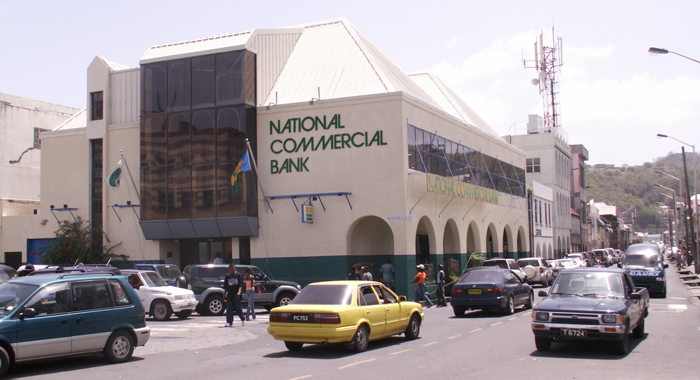 Pressures brought on the former, state-owned National Commercial Bank (NBC) by state arrangements affected its performance and contributed to the government having sell majority shareholding in 2010, Leader of the Opposition Arnhim Eustace has suggested.

Speaking on his weekly radio programme on Monday, Eustace played a recording from his address to his New Democratic Party’s convention in 2010.

In that speech, Eustace noted that the Ralph Gonsalves government had vested crown lands and state buildings in National Properties, a state-owned corporation.

As of September 2010, National Properties owed EC$77 million to NCB and the National Insurance Services, the state-owned pension agency, Eustace noted in the 2010 address.

He also pointed out that National Properties had sold 128 aces of state-owned lands to the NCB for EC$37 million.

In addition to pointing out that one state agency was selling state assets to another, Eustace suggested that the price of the lands was excessive.

In 2010, East Caribbean Financial Holding Co. Ltd. paid the government EC$42 million for 51 per cent of the shares of the NCB, having borrowed EC$100,000 to strengthen the bank ahead of the divestment.

But Eustace said on Monday that over the past few weeks he has uncovered even more shocking information about the operations of the NCB before it was sold and became Bank of St. Vincent and the Grenadines (BoSVG).

“… I got a shock in the last month or so when certain information was presented to me,” he said, adding that he learnt that National Properties was charging the NCB rent of EC$99,000 for the Bedford Street (Market Square) building.

“Just imagine that. That building that near the market, almost 1.2 million dollars a year in rent. So the bank had to meet all those cost; no wonder it couldn’t survive,” Eustace said.

But Eustace noted that the rent figure was only for the Market Square branch and did not include the cost of the sub-branches on Lower Bay St., Kingstown, in Georgetown, Barrouallie and in the Grenadines.

Eustace said he has seen a document which shows that the bank paid a total of EC$196,000 for rent each month. (The figure does not include the Reigate Building — which BoSVG later purchased.)

“That is nearly 2.4 billion dollars a year in rent alone — rent! No wonder those institutions had to be sold; they were carrying too much cost, too heavy cost,” he said.

He further siad that the former state-owned bank also gave loans to “all sorts of persons who should not have gotten loans of that size, and some of them would have been written off.

“Just imagine that, $99,000 a month in rent; the whole thing just scandalous. No wonder it couldn’t survive.

“Just imagine that! And the NCB has to pay that to National Properties. Where that money went to? And at the same time, they borrow 60 something million from NIS. Where we going?” Eustace said.