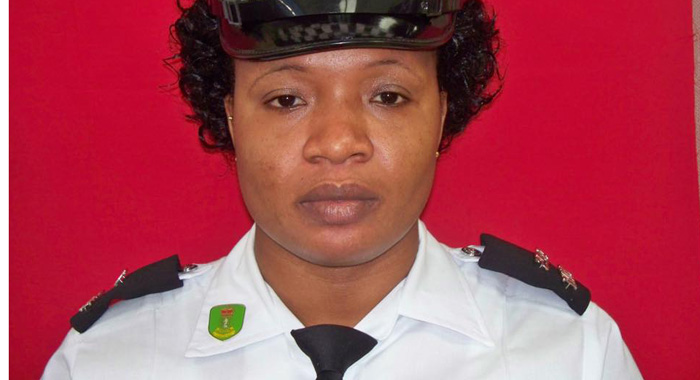 bvinews.com reported on Thursday that Constable Kimbelie Lewis, 31, was unresponsive when she arrived at Peebles Hospital earlier that day after falling ill at home.

She was later pronounced dead. Police said the cause of her death is still to be determined, the online publication reported.

Lewis was appointed to the post of Constable in August 2012 as a transferee from the Royal St. Vincent and the Grenadines Police Force and last served as a member of the RVIPF Immediate Response Team.

“I am grieved over the loss of Constable Lewis. She proved and surpassed all my expectations of her when she was first interviewed to become a police officer in this Force. From the beginning of her short two-year tenure, she gave of her best with an extraordinary manner and attitude,” Commissioner of Police David Morris said.

“She very quickly displayed the competence to become a valued member of our highly specialized Immediate Response Unit and a firearms tactical officer. She proved a worthy member of that team; able to sustain the stamina and endurance of her male colleagues,” the Commissioner said.

“Several letters of commendation are presently on her file which is indicative of her good work within the short period of time she has served in the RVIPF. I will personally miss her. She was a dedicated, professional officer who served the community of the Virgin Islands.”

One reply on “Vincentian cop in the BVI dies suddenly”