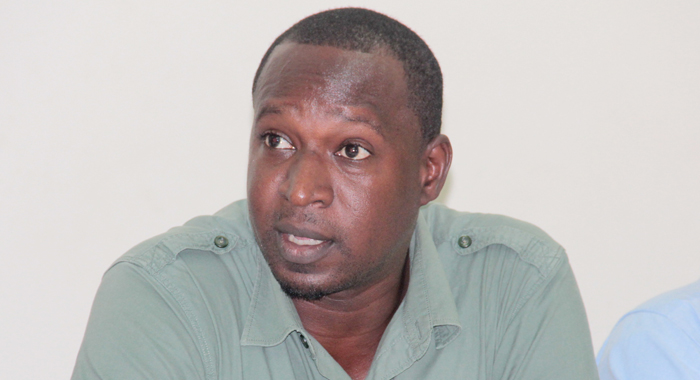 The St. Vincent and the Grenadines Cricket Association (SVGCA) says it is “delighted” at the recent recognition and achievement of three members of the fraternity: Denis Byam and Deighton Butler who were named Sports Ambassadors, and National Under-19 cricket captain, Anson Latchman, for earning a National Scholarship.

Prime Minister Ralph Gonsalves announced Byam and Butler as Sports Ambassadors during his Independence address on Monday, while the Ministry of Education announced Latchman as a scholarship recipient last week.

“A critical element of the proposed SVGCA’s 2015–2017 strategic plan is to advocate and support personal development in both sports and academics,” SVGCA president, Kishore Shallow said in a release.

“These three gentlemen’s achievement is inline with this, and I trust that this would be an inspiration to not only cricketers, but also all sportsmen and sportswomen in SVG. I must advise that these achievements did not come without hard work and commitment, therefore urge young athletes to responsibly make sacrifices for the betterment of your own development.

“I take this opportunity, on behalf of my executive, to officially wish these three young role models, the very best of wishes, as they continue to represent our country with great distinction,” Shallow said.

He noted some of the honorees, past accomplishments, noting that   Butler was a West Indies senior team player, SVG & Windward Islands player, regional umpire, national coach, and executive member of the SVGCA.

Byam was a youth and senior cricketer for SVG and Windward Islands, the first ever non-national to coach a Cuban sports team (cricket), holds Bachelor of Science Degrees in physical therapy, and culture and sports, a Master of Science degree in physiotherapy, and is a PhD Candidate.

Additionally, Byan is the national football and cricket teams’ physiotherapist, 2nd Vice President of the SVGCA, and a director of the   National Sports Council.

Latchman has been an Under-15 and Under-19 cricketer for SVG and Windward Islands and obtained Caribbean Advanced Proficiency Examinations passes in accounts, economics, and management of business. He also achieved 10 Grade 1s in Caribbean Examinations Council O’level examinations.