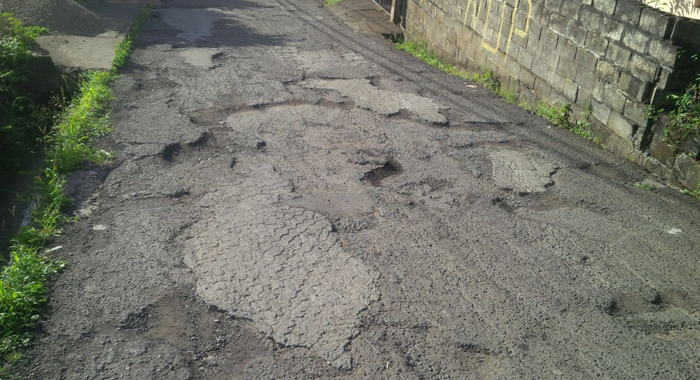 The government is negotiating an EC$80 facility to repair secondary, village, and feeder roads across the country, Minister of State in the Ministry of Transport and Works, Sen. Julian Francis, has announced.

Francis said negotiations are at the assessment stage and consultants will arrive shortly to do feasibility studies, but did not disclose the source of the money.Manage Ads

“… we are hoping that all this will complete by the end of the year, 31st December, and come January, February of next year, we can see the implementation of that 80 million dollar project,” he said on Tuesday.

Francis was speaking in Penniston, where he also announced that omnibus operators servicing the Redemption Sharpes-Kingstown route this week shelved their plan to withdraw their service because of the poor state of the roads in Central Kingstown.

The operators had planned to withdraw their services as of Tuesday.

Francis said he met with the operators on Friday and promised he would have two contractors in Sharpes starting the repair works the following day.

Francis said that the omnibus operators said that if the repair teams were mobilised, they would have decided at their meeting last Sunday to cancel the planned strike.

“We met on Sunday afternoon at the Sharpes Community Centre, and by then, the evidence was on the ground that the two contractors are in fact working and they agreed that they will no longer strike, and we will continue to repair the roads up in Sharpes,” Francis said.

“Let me state clearly, roads are bad, generally. Let us accept that. And one of the main reasons that roads are bad generally is because what happened to us April 2011 and December 2013,” he said of the floods in those months.

“A lot of resources had to be diverted from on-going road maintenance programme into the rivers and cleaning the landslides and mud,” he said.

“I want to thank the minibus operators and I want to ask, generally, the people of St. Vincent and the Grenadines to be patient,” Francis said.