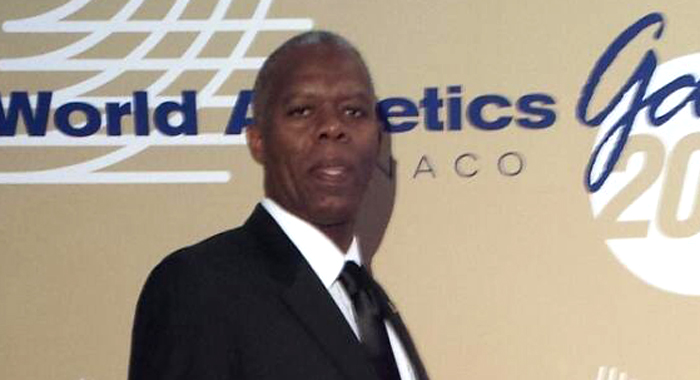 Track and Field in St. Vincent and the Grenadines and across the region has been thrown into a state of shocked mourning with the news of the sudden and tragic passing of Lenford Levy, director of the IAAF Regional Development Centre (RDC) in Puerto Rico.

Information reaching I-Witness News suggests that Levy, a Jamaican, may have taken his own life but, no mention of this can be found in the mainstream media.

Just after 8 p.m. Wednesday, Ollivierre indicated that he had received the tragic news earlier and was in the process trying to confirm the veracity.

I-Witness News then contacted Nicha Branker, administrative secretary of the NOC, who indicated at that time that no such news had been received by her body, but promised to check it out. She indicated that she had had some contact with Levy during the course of the week since he was to play a major role at the regional Meet in Vera Cruz, Mexico.

Branker, an experience sports administrator, subsequently sourced the information which was published on a regional website for which she had provided a link.

Ollivierre who said he had made email contact with Levy, whom he addressed as “mi brethren”, a few days prior regarding matters relating to track and field here and he was looking at a date to visit SVG.

In addition to his friendship with Ollivierre, Levy, who first visited SVG in the mid 1990s, had developed a close relationship, with Woodrow “Killy” Williams with whom he attended some early IAAF coaching programmes.

Prior to moving to Puerto Rico, Levy had done extensive coaching in rural Jamaica and then moved onto the British Virgin Island (BVI) in 1996 where he was a sports officer.

In remembering his work, a release from the BVI Athletics Association said that during his tenure as a sports officer in the BVI, Levy helped measure and mark the College Classic Series Course in 1996.

It said also that Levy was the guest speaker at the 3rd BVI Athletics Association Athletes Awards Gala in 2011.

The release also offered condolences to the fraternity and Levy’s family.

“TASVG has learned of the death of Mr. Lenford Levy, the Director of the IAAF Regional Development Centre (RDC) in Puerto Rico.

“Certainly we are quite surprised at his sudden passing as we were in contact with him during last week and knew of no illness.

“This is certainly a moment of sadness for the NACAC family. Our deepest sympathies go out to his family,” the release said.