Researcher says Caribbean likely to get hotter as climate changes 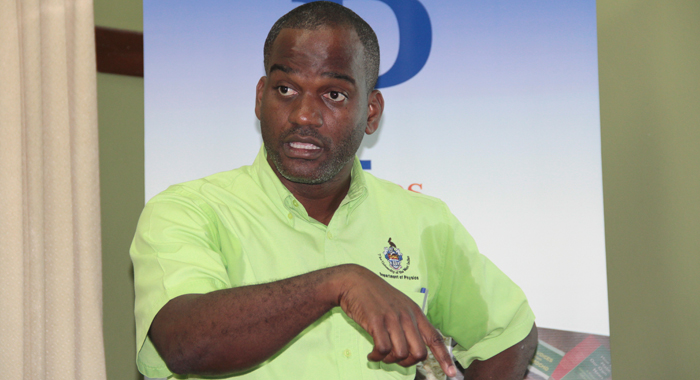 KINGSTON, Jamaica — A Jamaican researcher has warned that the Caribbean will have to take steps to respond to climate change, as predictions are that the region will become increasingly hotter and drier if global temperature rise continues or increases.

Dale Rankine, a PhD candidate at the University of the West (UWI) Indies and member of the UWI Climate Studies Group, told regional journalists on Wednesday that rainfall across the region could decrease by 40 per cent between May and November by 2050.

“Sixty per cent of the rainfall in all the Caribbean falls between May to November. So, if we get drier between May and November, we are in some serious trouble. This is a compelling story; it is a serious challenge,” Rankine said.

He said such a scenario is important because it will impact more specifically on food security.

“And suggestions are that we can have increasing frequencies of droughts and floods, and this high variability is almost certainly going to impact negatively on crop yields,” he said.

“We must change how we live. Not only I would say adopt technologies that reduce our reliance on fossil fuels, but there is much more than we have to do,” Rankine said, adding that he gets “a little annoyed when I see our politicians dance around whether we should use coal or methane.

“Well none of them are really going to help us in the end,” he said.

Scientist have expressed a 95 per cent certainty that human activity contribute to climate change and have said that the burning of fossil fuels such as coal and methane contribute to the problem.

Rankine was speaking to regional journalists at a two-day workshop organised by Panos Caibbean and Freidrich Ebert Stiftung. The workshop comes ahead of the world climate change talks in Peru next month, and aims to build capacity of journalists to cover climate change better.

Rankine noted that while no one knows exactly how climate change will impact the region, there are already observable changes in some countries.

“We are seeing as well that the observed trends that we have in changes are also quite clear. In Bermuda, we have seen a two millimetre increase in sea levels. In Puerto Rico, it is 1.65 millimetres,” he said, adding, “That is quite significant when you talk about an incremental change that is taking place every year.”

He said adaptation to climate change is the best option for the region, and pointed out that there must be re-orientation about the way the region does business.

“This is relative and important for all sectors,” he said, adding that the region also needs to retool all institution, particularly research and financial institutions.

Rankine said the Caribbean will also have to reposition, explaining, “that is how we integrate and mainstream climate change in all we do.”

Rebranding, he said, is important “because some of our institutions now are typically looked at as research institution or a learning institution, when they really would have to do a lot more.”

“At the end of the day though, climate has changed, climate will change, and it demands change and it’s something we’ll all have to live with,” Rankine said.

Meanwhile, Judith Wedderburn, director of FES, said that because of climate change, small island developing states (SIDs) ”are in trouble.

“And sometimes, although we get hard scientific reasons, because we live with the things happening around us, we often don’t make the connections globally, and therefore, we don’t always understand how humongous the challenges are for SIDs,” she said.

Wedderburn noted that at the UN Secretary-General Ban Ki-moon climate summit in New York in September, it was pointed out the poorest people in the world, who have had virtually nothing to do with causing global warming, will be high on the list of victims as climatic conditions intensify.

She further noted that while the World Bank has said that poor countries need as much as US$100 billion annually to try to offset the impact of climate change, they get, at best, a few billion a year from the same rich countries that are causing climate change.

“My gut response was that I have some discomfort with describing the poorest in the world as victims, simply because this ignores how such people are simultaneously resilient survivors,” Wedderburn said.

“As I am learning more and more about climate change I feel we are going to have to call more and more on our resilience,” she said, but added that this same resilience must not be exploited.

“… there is a way in which sometimes international partners say, ‘Women are so resilient, the people living in poverty are so resilient.’ They put limits on how much support they think you need. So, the issue of resilience can cut both ways.”

Wedderburn mentioned food insecurity, and the breakdown of food systems related to extreme weather and the impact on persons living in poverty in rural and urban areas among what she considers “the most frightening risks from climate change”.

She spoke of the drought in Jamaica earlier this year, saying, “It was not just that people in town could not get onions and carrots to by. It was that the livelihoods of people in those farming communities were totally disrupted.”

She, however, noted that the public is often not interested in climate change stories, and it is not easy for journalists to make them riveting.

“Climate change is not sexy. It is not about crime or drugs, or AIDS, all of which sell newspapers and attract viewer and listener to TV and radio. So, you have to find a way to make it sell, which is why we are here,” Wedderburn said.