WICB to meet amid rumours and speculations 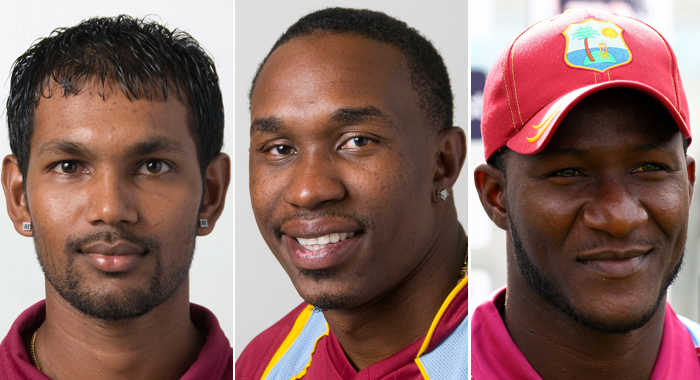 The West Indies Cricket Board will on Thursday convene what many say would be a very important meeting which will give an indication of the fallout from the aborted Indian tour.

The regional team travelled to Indian in October to undertake a tour comprising five ODIs one T20 and three test matches. However, disagreements over the tour contracts and fees resulted in the tour coming to an abrupt halt at the end of the fourth ODI, which saw the hometeam winning the series 2-1. The West Indies had won the opening match and the third match was rained out.

The problem, according to reports, stemmed from a memorandum of understanding signed by the West Indies Players Association (WIPA) and the WICB that apparently was not seen by the players, as claimed by Dwayne Bravo, spokesman for the players.

Reports say that the WICB had called off the tour while the Board indicated that the decision to abort the tour was taken by the players.

A release from the Board of Control for Cricket in India (BCCI) subsequently indicated that the decision to cancel the tour was taken by the WICB.

Since the team returned to the Caribbean, a number of meetings have been held, with the latest being an initiative Prime Minister of Grenada Keith Mitchell and St. Vincent and the Grenadines’ Ralph Gonsalves — both ardent cricket fans — who acted as mediators. That meeting was attended by representatives of the players and the Board, with WIPA president Wavell Hinds reportedly contributing by way of teleconference.

Among the things coming out of the meeting was an agreement that no action will be taken against any of the players, which may be seen as victimisation.

However, on Wednesday the region woke up to reports that the three captains for the various formats, Denesh Ramdhin (test) Dwayne Bravo (ODI) and Darren Sammy (T20) were sacked.

That report, which emanated from Barbados, also stated that Barbadian Kraigg Brathwaite was to be named as the test captain while rookie pacer and his compatriot, Jason Holder, was to be elevated as captain for the ODI and T20 games. It also said that former West Indies fast bowler Joel “Big Bird” Garner, another Barbadian, will be appointed team manager in place of former West Indies captain Sir Richie Richardson.

But I-Witness News a source has told I-Witness News that “no such decision had been taken” and the “breaking news”, reportedly done by Cricket Commentator Andrew Mason, has no merit.

Reports say that Gonsalves, who had called into the Mason programme, was obviously annoyed about the news of the sackings and promised if confirmed “to be an open critic of the WICB”.

Some level of credence was given the Mason report with news hours before which indicated that Ramdhin was sacked as captain of his native Trinidad.

But IWN was informed that Ramdhin’s dismissal was as a result of disagreement between him and the T&T Cricket Board over what was said to be his “disrespectful attitude”.

On Wednesday an ESPN report confirmed information that IWN had gleaned earlier — but quoting some WICB directors — indicating that no decision had been taken against the three captains.

It reported that on Tuesday some of the directors had a teleconference, including WICB president Dave Cameron, but the WICB did not issued any release.

It went on to say, “According to Azim Bassarath, who did not participate in the conference call, no one had informed him about the trio being removed. He said the task force set up by the three warring parties — players, WICB and WIPA — would report back with steps to resolve the situation. According to him, the next board of directors meeting was scheduled for December 13 in Jamaica”.

And the ESPN report went on to say that another director, who briefly attended the conference call, denied any decision had been taken. “We have not selected the squad yet [for South Africa] so I don’t know where that news is coming from. We had a teleconference meeting, I did not stay for the full duration of the meeting. I am not told yet [of any decision] because I would have the benefit of [what happened] at the meeting. I am told there is another meeting this Thursday and possibly the matter will come up there. I also heard Clive Lloyd will join that meeting. But I am yet to hear about the Thursday meeting officially.”

It added that a third director said he could not say “whether that is true or not true” but declined to make any further comments”.

BCCI last week issued a claim against the WICB in the sum of US$42 million as compensation for the aborted tour.

One reply on “WICB to meet amid rumours and speculations”