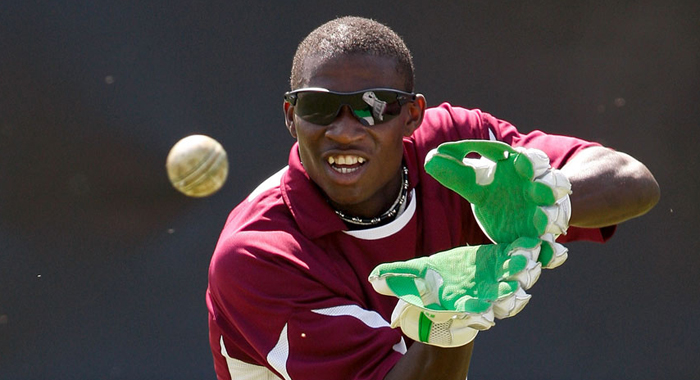 The PCL R4Day will feature 10 rounds of matches – an increase of three matches from the previous seven seasons – between franchises drawn from the six territorial boards of the WICB.

Teams representing the Barbados Pride, Guyana Jaguars, Trinidad & Tobago Red Force and Windward Islands Volcanoes, as well as yet to be christened franchises from Jamaica and Leeward Islands will embark upon a gruelling, four-month schedule to be crowned the new regional champions and claim the Headley/Weekes Trophy, which has been restored as the symbol of supremacy.

“The beginning of a new season is always an incredibly exciting time, even more so with the move to professional cricket and our first tournament of the year, the PCL R4Day,” said WICB Director of Cricket Richard Pybus.

“It is being held over two rounds, 10 matches-a-side, with the specific goal of giving the teams and players the opportunity to produce consistently over the duration of the competition.”

Pybus added: “It will allow the players to showcase their skills and for Clive Lloyd’s selection panel to really see, who are the better performers in the region.

“We ultimately want as many players as possible fighting for the 11 starting spots in the West Indies Test team and I believe this is the starting point for that. Best wishes to all the teams, management and match officials for a great season ahead.”

There is something extra-special about each match in the first round.

The Red Force host reigning double-crown regional champions Bajan Pride in one of the oldest rivalries in Caribbean sports at Queen’s Park Oval in the T&T capital of Port of Spain.

Jamaica Franchise face Windward Islands Volcanoes at Sabina Park in the Jamaica capital of Kingston in a repeat of last season’s Final Challenge and what could easily be one of the most competitive affairs of the round, judging on the results from earlier this year.

And Guyana Jaguars meet Leeward Islands Franchise at the Guyana National Stadium in Providence, just outside the Guyana capital of Georgetown, in a battle that could give a boost of confidence to last season’s two bottom-placed teams.

Pride and Red Force were truly last season’s top two sides – the Barbadians lifted the NAGICO Super50 title and followed up with the Regional 4-Day crown, while T&T finished in the runners-up spot in both competitions.

Recent history is on the side of the Pride. They have won the last five matches on the trot between the two sides including contests at the same venue two years ago and last year.

“I can see our side doing quite well this season,” said Pride captain and West Indies opener Kraigg Brathwaite. “We have a strong team, especially for this first match against the Red Force, and it is just about the ‘fellas’ going out there and working hard and gelling together as a team.

“With the 10 matches, this season will be interesting. Around the World, this is the way it is done and it will be very helpful and allow us to play more matches and give us more opportunity to improve.”

Red Force captain Rayad Emrit said beating the Pride in the first round would be a good way to start the new season.

“We came second to them in this competition earlier this year by two points, so I think the combination of players that we should be able to put on the park should give us a good chance of beating them and going on to capture the title next March,” said the wiry all-rounder.

“We are starting the season on home soil and Barbados are one of our toughest opponents every season. Hopefully, we can get things right this time and build the momentum for the rest of the season.”

The Windwards claimed only their fourth victory on Jamaican soil, when they thumped their hosts by three wickets earlier this year at Sabina Park, but the Jamaicans gained a measure of revenge, when they topped the Volcanoes in the drawn Final Challenge in St. Lucia to claim the Headley/Weekes Trophy.

Long-standing Jamaica Franchise captain Tamar Lambert said last season was disappointing for his side following six years of unprecedented success and they will be looking to recapture the Trophy as overall champions when the season concludes next March.

“We started last season well, but we fell off in the middle part, so we are looking forward to this new competition beginning on Friday to put things right,” he said.

“The lengthy season will be a challenge, but we have been asking for more matches and we are looking to make a good start to the season this weekend against the Windwards.”

He added: “I think the team that is strong physically throughout the season will endure the course and will be the new champions at the end of the season.

“We have been putting in some hard work during our preparations, so hopefully it can all show and come together on the field.”

Volcanoes captain Liam Sebastien said he wants to see his side play fearlessly and continue to trend upwards, as they have been able to throw overboard the Cinderella tag that they wore for a long time in the regional game as a number of players – including himself – have established themselves and brought more consistency to their play.

“This is a new season and a new format, and the Jamaicans will not come out there and lie down because we beat them last season,” he said. “We have to try and come good from ball one and try our best and fight for the Windward Islands Voclanoes to start this new season on a bright note.

“Our chances this season are as good as any other, but it’s a long, demanding season and we have not played 10 matches in a season for a long time, so we have to start off well and if we play the way we have been played in recent season, we have a good chance.

He said: “We will have to try and maximise our home matches and try to accumulate as many points as possible when we are on the road. It won’t be difficult to motivate our players because we play for the team, we play for each other and there is always good camaraderie.

“I think playing for the Windwards is a motivation in itself because we have come a long way over the years and to see where we have reached now should be enough motivation to force the guys to play at their best, so we can’t relax now.”

Leewards Franchise and the Jaguars were once powerhouses in the regional game, but they have not had consistent success in recent years and occupied the last two places respectively in the table last season.

Jaguars captain Leon Johnson, the West Indies left-handed batsman, said his side was blessed to play their first four matches at home and this has given them confidence that they could fight for one of the top two places instead and they would look to begin that journey with a victory over the Leewards against whom they have lost only twice in the last 20 matches.

“I think this gives us a definite advantage over the other teams, but we have to take it one match at a time,” he said. “It will be a long season and we have done a lot of work on our fitness, so I think the players are well prepared for the hard slog ahead.

“We have done a lot of soul-searching and we have a number of experienced players in our team and we expect them to play key roles, particularly in the first few matches, and we will be looking to put all the negatives from the last season behind us.

“We lost the match last season after we put ourselves in a good position, but the Leewards have not played a match in Guyana for the last six years, so looking at them, they have a young team not accustomed to playing in the slow, low surfaces here.”

Leewards captain Devon Thomas said his side would draw confidence from that victory earlier this year.

“It will be a bit challenging, but I think we can come away with a good performance,” he said.

“We are all looking forward to this longer season, since it will give us a chance to recover if we stumble. Hopefully, the guys will make the most of every opportunity that comes to them.”

There are no major changes to the Playing Conditions for the Tournament.