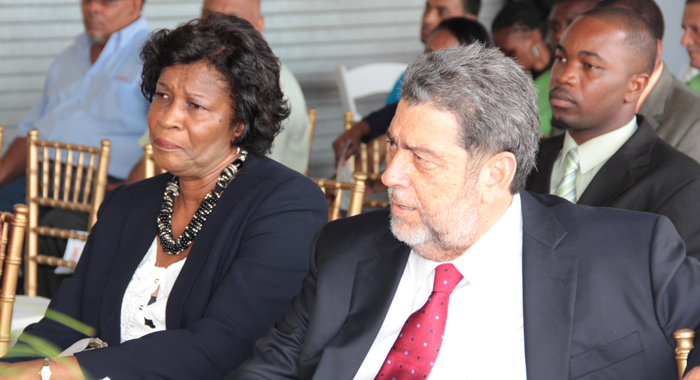 Retired public servant Susan Dougan has been sworn in as Governor General Deputy.

Prime Minister Ralph Gonsalves spoke of the appointment at a ceremony last week, where the Ju-c bottling plant was re-commissioned.

“I must tell you this, the first time she deputise in the very high office, I remember she was sworn in on the Saturday morning and I was going to my constituency (North Central Windward), and as I passed her old family home just beyond the Bellevue buff, just at you enter Colonarie, I had to call her, because it struck me then that it was the first time in the history of the country that the head of state and the prime minister came from the same village of Colonarie. That made me very proud and I am very happy about it,” Gonsalves said.

Dougan is a former chief education officer and cabinet secretary.

Over the past few months, she has acted for former Governor General’s Deputy, Monica Dacon, who Gonsalves said in September was “tired”.

“I have to go to see here myself. I haven’t seen her yet; I am hoping I can get an appointment this week to go to her house to see her,” Gonsalves said then.