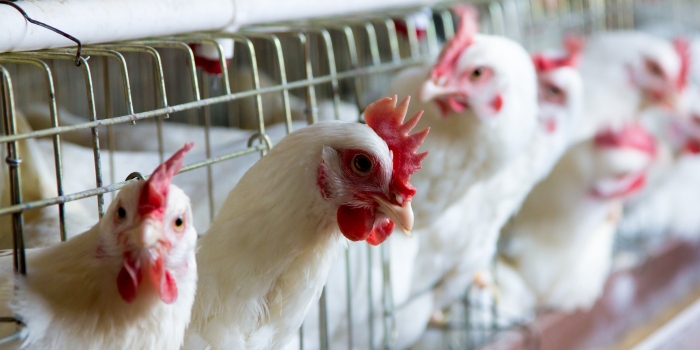 The ban on the import of poultry from the United Kingdom has been lifted.

The Ministry of Agriculture on Friday announced a temporary ban on the importation into St. Vincent and the Grenadines (SVG) of poultry products from Canada, the second such ban over the last few weeks.

Authorities in Canada have notified the World Animal Health Organization of confirmation of two outbreaks of the Highly Pathogenic Avian Influenza H5 strain (Bird Flu) in that North American country.

It was also reported that this

On Wednesday, two more farms in the South West, British Colombia were placed under quarantine as part of the control measures since these farms had recently traded with one of the farms where the outbreaks occurred.

The Ministry of Agriculture in SVG has therefore imposed a temporary ban, with immediate effect, on all poultry, poultry meat products, processed internal organs of poultry raised, slaughtered or processed in Canada, from two weeks prior to the start of the outbreaks.

On Nov. 27, a temporary ban was also placed on the importation of all poultry products from the United Kingdom.

The ban was imposed due to information received from the Department of Environment, Food and Rural Affairs in the United Kingdom confirming that the country recently experienced an outbreak of a Highly Pathogenic Avian Influenza (HPAI).

The ban on all poultry products from the United Kingdom and Canada will remain in effect until further notice.

Highly pathogenic avian influenza A (H5N1) virus — referred to as HPAI H5N1 and sometimes shortened to H5N1 — is a virus that occurs mainly in birds.

It is highly contagious among birds, and can be deadly, especially to domestic poultry. Though relatively rare, sporadic human infections with this virus have occurred and have caused serious illness and death.