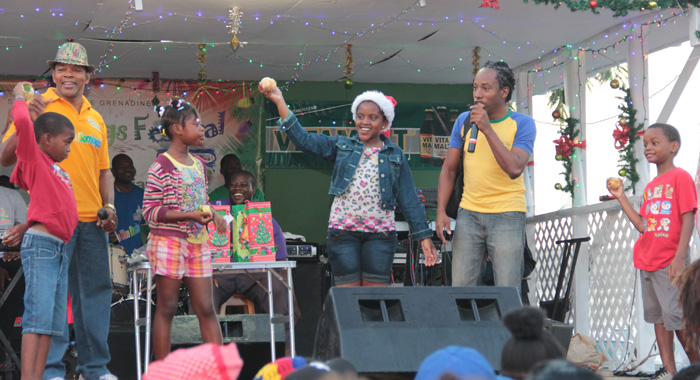 The community of Stubbs has yet again emerged as the Best Nine Mornings Community in St. Vincent & the Grenadines.

Stubbs is winning the title for a fourth year, edging out Carriere in second position.

The National Lottery Authority Best Nine Mornings Community is judged based on quality of programme, audience participation, crowd support and number of mornings the programs are staged.

Meanwhile, Carriere, in the Mesopotamia Valley, was selected as the Best Christmas Community for 2014. In second position is Port Elizabeth in Bequia, South Rivers third and Barrouallie in fourth place.

The National Lottery Authority Best Christmas Community is judged over the entire season and takes into account: quality of lighting, evening programmes and Nine Mornings activities.

Point Village was the other big winner this year walking away with the title of the VILNEC Community Lighting Champion for a second year in a row.

The annual prize giving ceremony for the 2014 Nine Mornings Festival will take place on Saturday at 10 a.m. at the Peace Memorial Hall. Prizes won during the season will be presented along with the announcement of the results for the Most Popular Local Christmas Song.

Nine Mornings festivities were held under the theme: “Celebrating a unique Vincentian festival” with some 44 communities across the country participating.