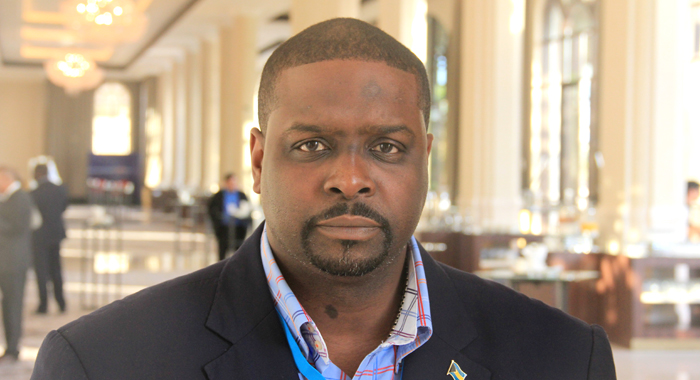 The Bahamas Minister of the Environment and Housing, Kenred M.A. Dorsett, has expectation of IRENA for his country and CARICOM.

The regional delegates will join ministers and senior government officials from more than 150 countries attending the Assembly that opens on Saturday.

CARICOM countries are hoping to be among nations that will receive funding this year from the IRENA/Abu Dhabi Fund For Development (ADFD) Project Facility, a partnership between IRENA and ADFD to provide and facilitate finance for renewable energy projects in developing countries.

The United Arab Emirates has offered US$350 million in concessional loans, through ADFD, to projects endorsed by IRENA.

Approximately US$50 million in concessional loans is provided in each of seven funding cycles, and St. Vincent and the Grenadines has this year applied for a US$15 million loan to help fund its geothermal power project.

The Bahamas Minister of Environment and Housing Kenred M.A. Dorsett says Nassau, which joined IRENA last year, has advanced its first energy policy and is committing to ramping up to a minimum of 30 per cent by 2033 the amount of energy it generates from renewable sources.

Dorsett told the Caribbean Media Corporation (CMC) that his country’s involvement in IRENA is important “because the world over is concerned with standardisation of technology to ensure that our citizens are not taken advantage of in terms of the technology we import as we advance the renewable energy sector, and so we will be looking to IRENA to assist us specifically with that”.

He said similar standardization is also important to CARICOM, of which Bahamas is outgoing chair.

Other announcements scheduled to be made during the two-day Assembly here include the launch the Renewable Power Generation Costs 2014, and Renewable Energy in the Water, Energy and Food Nexus reports.

The Assembly comes as several CARICOM countries are attempting to reduce their reliance on costly energy generated from hydrocarbons, which is negatively affecting the ability of CARICOM economies to compete internationally and contribute to climate change.

Small island developing states, such as those in CARICOM, are the worst affected by climate change.

Global investment in renewable energy has risen from US$55 billion to more than US$260 billion in the decade, representing an annual growth of over 15 per cent.

IRENA says that the reduction in Greenhouse emissions as a result of increased use of renewable energy can help to keep global temperature rise within the range that scientist say is necessary to avert catastrophic climate change.