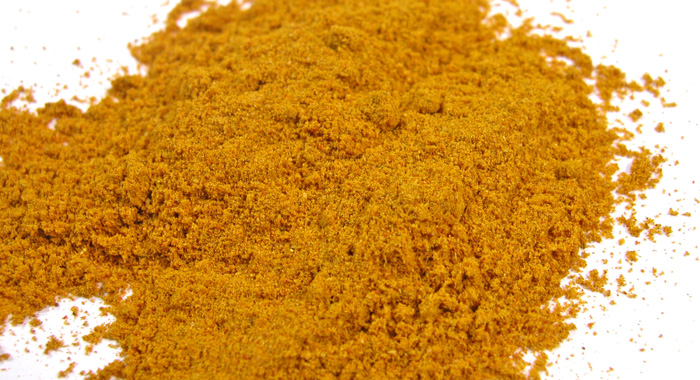 The tariff will apply to several commodities, including curry powder.

The government will this year introduce additional tariffs on curry powder, candles of paraffin wax (a petroleum by-product), beers, malts, aerated water and a host of other items, including prepared animal feed.

Further consumer of tobacco products in St. Vincent and the Grenadines (SVG) are expected to contribute an additional EC$500,000 to the national coffers through an EC$1 increase in excise on cigarettes.

Prime Minister and Minister of Finance Ralph Gonsalves on Wednesday announced in the presentation of the EC$969 million budget for 2015 that his government will increase from EC$0.55 to EC$1.55 per 100 sticks the excise tax on cigarettes.

He also announced a 1 per cent increase in the Customs Service Charge, which will see the levy move to 5 per cent, as the government attempts to reduce “substantial arrears” with regional and international organisations.

Gonsalves also said additional tariffs will be introduced on Article 164 commodities, beginning with beer, malt and aerated water and gradually extended to other commodities.

Article 164 of the Revised Treaty of Chaguaramas, which established the Caribbean Community (CARICOM) including the CARICOM Single Market and Economy, grants the less developed countries (LDCs) of CARICOM the right to exempt certain product within CARICOM from preferential treatment for a temporary period.

Gonsalves said that this exclusion was allowed in order to promote industrial development and an absorptive capacity to enable LDCs to increase their participation in CARICOM trade as a means of generating economies of scale.

He said SVG currently regulates the importation of Article 164 commodities through its licensing regime.

Gonsalves, however, said that in compliance with the other international commitments, CARICOM’s Council for Trade and Economic Development (COTED) has mandated that licences be used only for statistical and administrative purposes and not to regulate or administer quota control.

“COTED has recommended that tarrification of Article 164 products be used instead of licences,” Gonsalves said, as he announced the introduction of tariffs.

“The rates to be applied and the timetable for doing so will be announced during the year,” he told Parliament.

Regarding the Customs Service Charge, Gonsalves said that over the years and especially since the onset of the global economic crisis of 2008, his government has built up substantial arrears with regional and international organisations, including those dealing with SVG’s trading arrangements, such as the World Trade Organisation (WTO), CARICOM, and the Organisation of Eastern Caribbean States.

“We have taken steps to reduce the level of arrears to regional organisations and had significantly reduced the debt due to these organisations, during the 2014 financial year,” Gonsalves said.

He, however, said that in order to raise additional revenue to assist in the further reduction of arrears to regional organisations and to assist in meeting the nation’s on-going contributions to them, he will increase the Customs Service Charge from 4 per cent to 5 per cent.

In announcing the increase in excise on tobacco products, Gonsalves said that figures produced by the WTO show that of all CARICOM countries with specific excise duty on cigarettes, SVG has the lowest rate.

“In fact, the percentage of excise duty in the final retail price of a 20-stick pack of cigarette in St. Vincent was only 2.2 per cent, compared with other countries ranging from Dominica at 10.4 per cent to St. Lucia at 48.6 pre cent,” he told lawmakers.

Gonsalves said that in addition to raising an additional EC$500,000 for the state, the increased duty on cigarettes will help SVG to fulfil its obligations as a signatory to the WHO Framework Convention on Tobacco Consumption, which includes the implementation of tax policies and pricing policies on tobacco products to contribute to the health objectives aimed at reducing tobacco consumption.

Of the EC$969 million budget, EC$560 million will be current expenditure and EC$112 million for amortisation and sinking fund contributions.

The capital budget will be EC$296 million, while there will be an EC$27 million deficit on the current account, EC$13 million less than last year.

The debate continues today (Thursday) with the response of Leader of the Opposition Arnhim Eustace.