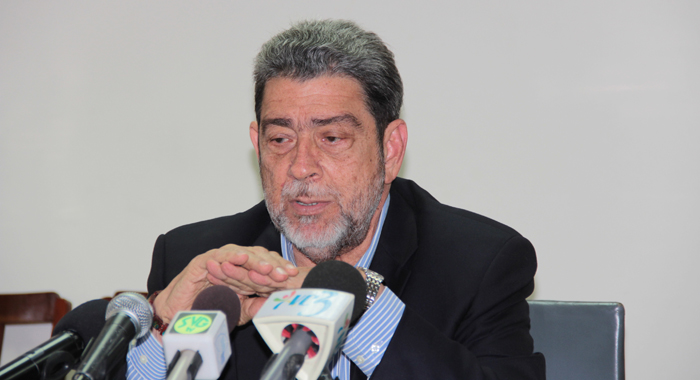 The government will also buy a school bus for North Leeward, having purchased one for Fancy in the aftermath of the minibus accident at Rock Gutter that claimed the lives of seven students in January.

Gonsalves told the media on Tuesday that the 30-seater bus purchased for Fancy has arrived and has been licensed and insured.

“In relation to the driver, recommendations are being made. People in Fancy are making recommendations; Station Sergeant [Hezron] Ballantyne, [MP for North Windward] Montgomery Daniel, other people will come into the mix and the Ministry of Transport and Works will make the selection of the driver in the normal way in which this is done,” he said.

He went on to announce that his government will order a bus for North Leeward, but pointed out that it will take about three months to arrive in the country, since it is being ordered through Star Garage.

The bus for Fancy was ordered through Coreas Hazells Inc., and look less time to arrive because of the company’s connection with Barbados, Gonsalves said.

He said that his youngest son, Storm Gonsalves, who is in his final year at the London School of Economics, had made the connections that led to the donation of the monies to buy the school bus for North Leeward.

“When he read about this thing, he, on his own, went and sought out a benefactor to buy a bus and asked me about the specifications,” Gonsalves said.

Gonsalves said his government was already planning to buy a school bus for North Leeward and he had the specifications on his desk.

“So I sent it to him, and he has raised the money. The money came in; the equivalent in British Pounds, I think, is $240,000. I sent a note thanking the people who contribute, but the person who made the contact is Storm,” Gonsalves said.

The school bus for Fancy, which cost EC$250,000, was purchased using an EC$100,000 donation from the Mustique Charitable Trust and EC$50,000 each from PetroCaribe and the National Lotteries.