EU team pleased with work on projects in St. Vincent 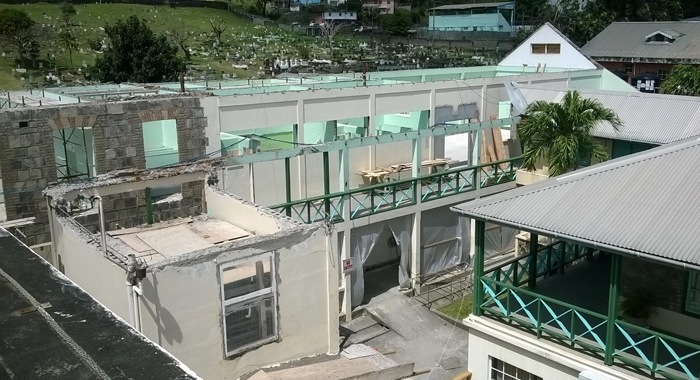 A two-man team from the Delegation of the European Union to Barbados and the Eastern Caribbean visited St. Vincent and the Grenadines recently to discuss progress on EU financed projects with officials from the Ministry of Finance.

The team noted that progress on projects generally was good.

The total value of the EU’s infrastructure portfolio with SVG is approximately EC$76 million (25 million euros).

Projects discussed in detail were the Hospital and Clinic Improvement project, and the Hospitality and Maritime Training Institute, which are grant financed from the European Development Fund.

Under the Hospital project the EU is funding the construction of doctor’s quarters at Sandy Bay, Union Island, Canouan and Chateaubelair, as well as new polyclinics at Buccament and Mesopotamia.

In addition, refurbishment work is being carried out at the Milton Cato Memorial Hospital (MCMH) and the Mental Health Clinic (MHC).

Site visits were undertaken to Buccament, MCMH and MHC.

The EU team also undertook a portfolio review of all EU financed infrastructure works in SVG, including interventions to be financed from the EU-ACP Banana Accompanying Measures (BAM).

The visit is part of regular exchanges on development co-operation between the Government of SVG and the European Union.

3 replies on “EU team pleased with work on projects in St. Vincent”