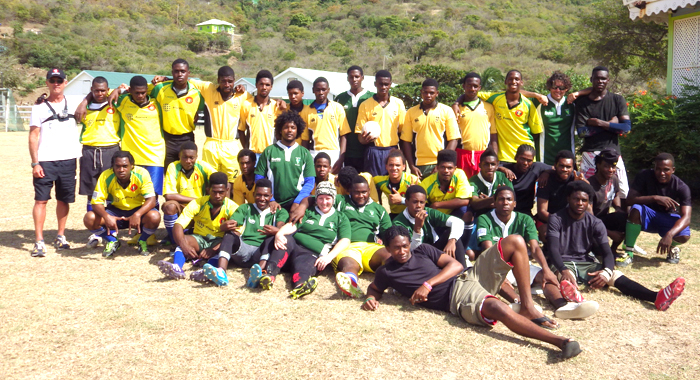 The SVG Rugby Union has been working hard since the New Year to expand the Union to the rest of the Grenadine islands, after persons showed interest in playing the sport.

They began a “Grenadines Tour” in January, when they travelled with three teams to Bequia to play a series of 7-a-side league games.

On Feb. 21, the Union headed to Canouan to play their next set of league matches.

New members of the Union, the “Canouan All Blacks”, have been training since October and have officially registered with the Union and entered the league.

The SVG RUFC said they are really excited about this expansion to four clubs, adding, “All agree it’s a very positive step forward for rugby in St. Vincent and The Grenadines.”